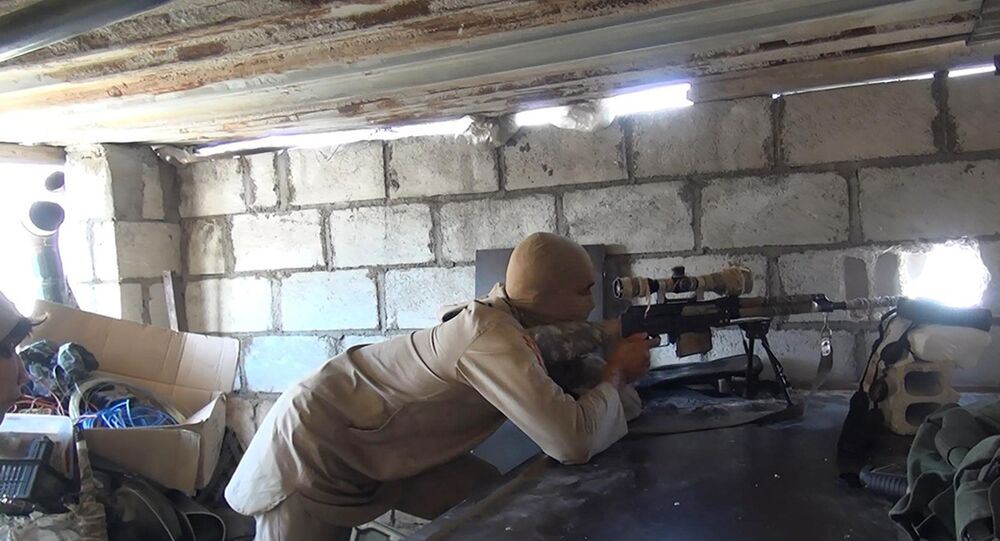 The Islamic State plans to aim its propaganda at new regions as there are many Muslims in those areas who are not familiar with the group’s violent ideology, which will make it easy to recruit followers, according to a report released by the Egyptian House of Fatwa.

CAIRO (Sputnik) – The Islamic State (ISIL) jihadist group will soon shift its recruitment focus from the Arab region to the Caucasus, Central Asia and Indonesia, a report by the Egyptian flagship body for religious legal research said in a report.

"After the beginning of the ideological and armed war with the Islamic State by the Arab world… the group is changing its recruitment strategies and expands from the Middle East, is looking for new safer regions for attracting new recruits disguising themselves with religion and slogans for protection of Islam and Muslims," the Egyptian House of Fatwa said in the report seen by RIA Novosti.

© Flickr / gregwest98
US Military Unsure if Staff Info Posted Online Result of Leak or ISIL Hack
According to the report, ISIL believes it would be easy to recruit new followers from the Caucasus region, Central Asia and Indonesia, as there are many Muslims in those areas who are not familiar with the group’s violent ideology.

The extremist group does not seek to expand its caliphate in those regions, according to the report, only ensuring an influx of new followers.

ISIL took over large parts of Syria and Iraq and proclaimed a caliphate, and many groups around the world have claimed allegiance to it. The group actively uses social media networks to attract new followers.

© AP Photo / Rased News Network via AP
ISIL Activity Could Be Advantageous for US - European Lawmaker
Earlier this year, the Russian Interior Ministry claimed that over 400 volunteers from Russia's North Caucasus republic of Chechnya joined ISIL. The leadership of the Imarat Kavkaz militant group, which operates in North Caucasus, is believed to have allied itself to the militants.

Indonesia, alongside Malaysia, is homeland of the largest percentage of IS fighters originating from Southeast Asia. According to local media, over 350 Indonesians joined the group in 2013-2014.