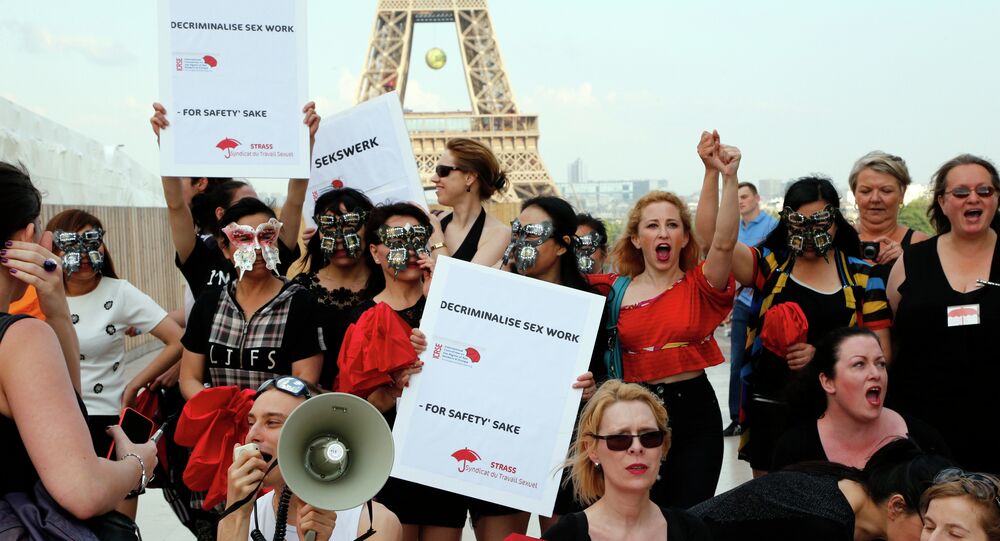 Despite intense criticism over the move, Amnesty International voted on Tuesday in favor of supporting the decriminalization of sex work, claiming it will help protect human rights. Critics say the decision will be devastating to the organization’s reputation.

A majority of delegates from 70 countries voted in favor of the move at the International Council Meeting (ICM) in Dublin this week.

Amnesty International Secretary General Salil Shetty called the resolution an "important decision that will shape this area of our human rights work going forward," adding that it took much time and effort for its members to pass the vote.

"Sex workers are one of the most marginalised groups in the world who in most instances face constant risk of discrimination, violence and abuse," he said after the vote.

The organization also hopes the decriminalization of third parties involved in sex work, like pimps and brothel owners, will follow.

Our International Board have go-ahead to develop & agree on policy protecting human rights of sex workers: http://t.co/6U9Dc6WIqW #ICM2015

But the Amnesty International decision prompted outrage from critics, like the Coalition Against Trafficking in Women (CATW), which issued an open letter in opposition to the move, signed by human rights activists and Hollywood stars like Meryl Streep, Kate Winslet and Emma Thompson.

The letter says the Amnesty could "lose its credibility" and that its name would be "severely tarnished" if the organization approved the policy.

"There's no logic behind the premise that in order to protect those who are exploited you have to decriminalise the exploiter. It makes no sense," CATW executive director Taina Bien Aime told Agence France-Presse.

A CATW petition against the move has gathered over 8,500 signatures, and slammed Amnesty International for failing to consult sex violence survivors before voting.

Opponents continue to voice concern over decriminalization of prostitution, citing it fails to take into consideration the reasons that often bring people into the business, such as poverty, coercion and violence.

"The demand for commercial sex is what fuels trafficking. You cannot then turn around and say let's protect those who are promoting the demand," said Equality Now's Esohe Aghatise.

Amnesty says the resolution does not reverse its longstanding position that human trafficking for sex work represents serious a human rights violation and does not fall under the decriminalization proposal.

It calls on states to "not only review and repeal laws that make sex workers vulnerable to human rights violations, but also refrain from enacting such laws."

Thanks to @AmnestySverige and others for voting against @AmnestyOnline. We agree that decrim of purchase of sex does not reduce exploitation

An agreement reached in 2006 between the International Criminal Court and the EU allows differing legislation across European countries. Prostitution by force is banned all over Europe, but sex work is legal and regulated in Austria, Germany, the Netherlands, Switzerland and elsewhere.

Amnesty International systematically reviews the EU's performance and its impact on human rights in the world, and makes recommendations to institutions to ensure effective implementation of their human rights obligations.