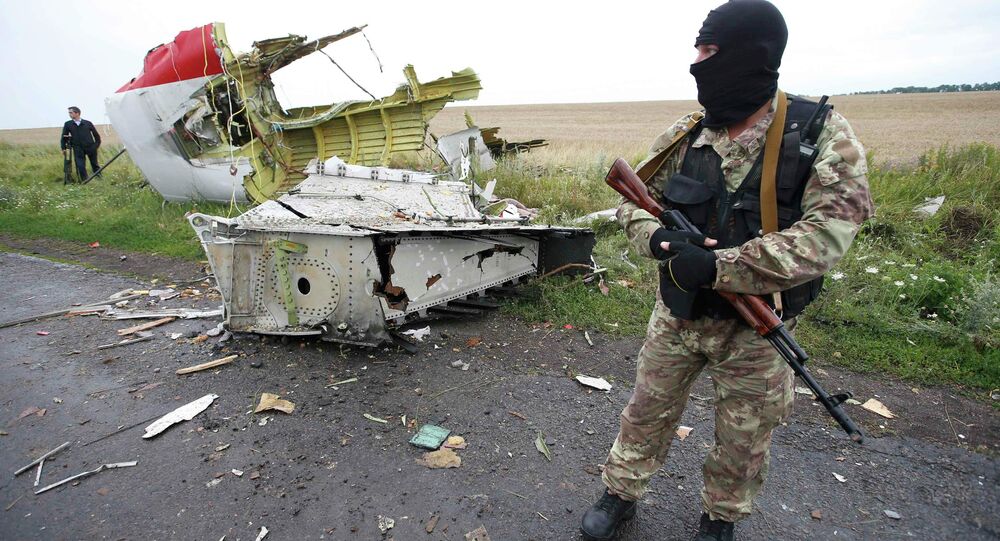 Lavrov: Russia Being Kept Out of the Loop in MH17 Downing

Russian Foreign Minister Sergei Lavrov said that Russia is not receiving full information on the technical investigations into the Malaysian Airlines downing over eastern Ukraine.

© Sputnik / Evgeny Biyatov
RT Hands Over MH17 Crash Info Shown in Its Documentary to the Netherlands
KUALA LUMPUR (Sputnik) – Russia is not receiving full information on the technical investigations into the Malaysian Airlines downing over eastern Ukraine, unlike other countries that are participating in them, Russian Foreign Minister Sergei Lavrov said Wednesday.

“The Russian participants aren’t getting all the information that is disseminated among other participants in the group,” Lavrov told journalists in the Malaysian capital.

In response to whether MH17 was shot down using a Russian missile, Lavrov said it would “be very easy to collect the pieces [of the missile] and analyze them in order to determine where this particular missile was produced and which army is supplied with it.”

The international investigation into the downing of the MH17 flight over eastern Ukraine in 2014 is not independent or comprehensive, Sergei Lavrov said.

“Unfortunately the investigation which was started was not independent, was not comprehensive, and was not truly international. Instead of acting under the authority of the International Civil Aviation organization, which is the rule under the Chicago Convention, Ukraine, Australia, Belgium and the Netherlands signed bilateral agreements between themselves, the substance of which was never made fully known,” Lavrov said in an interview with Singapore’s Channel News Asia.

Lavrov said it was “very strange” that Malaysia was invited to participate in the investigations five months after the actual crash in July 2014.

“It is really very strange that Malaysia was invited to join only in December 2014,” Lavrov said.

Russia’s top diplomat also questioned why the United States and Ukraine have so far not published their information, including satellite images and voice recordings between the air traffic controllers and the pilots.

“The Americans said that they did have images from the satellite, but never submitted them… the same is true for the Ukrainians who were asked to provide record[ings] of air controllers,” Lavrov said.

He said that Russia’s Civil Aviation Authority is involved in the technical investigations of the downed passenger plane, but is not receiving the full picture of the circumstances behind it.

“A representative of the Russian Civil Aviation organization is participating in these procedures [technical investigation], but the information we receive through this representative is not complete, we are being given less than those who have started this investigation,” Lavrov added.