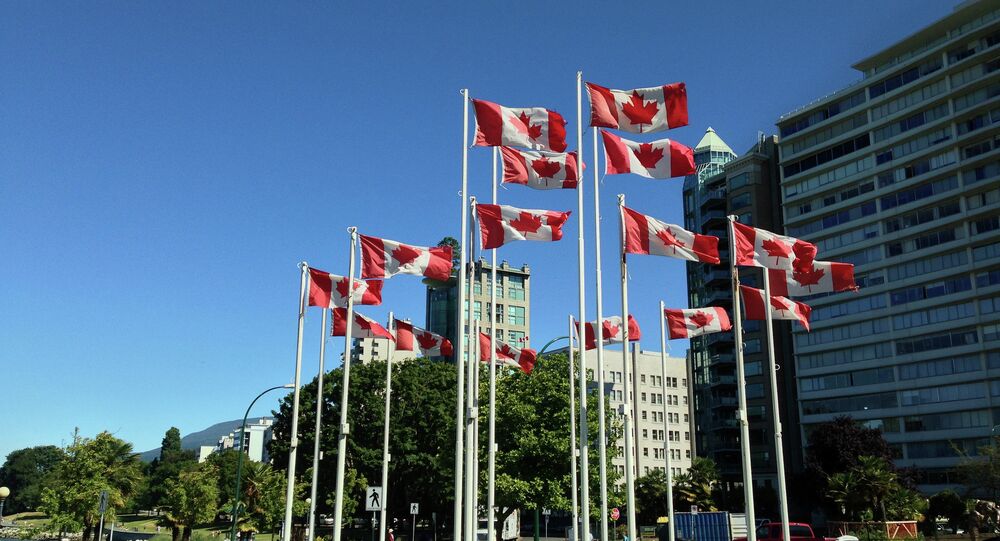 A topless rally was held in protest after three sisters from Ontario were stopped by police last week for riding their bicycles topless.

© Photo : The Gauntlet
Canadian Journalist Faces Jail Time for Calling Government Agency 'Crazy'
Hundreds of women and men gathered in Ontario, Canada, on Saturday to attend a protest organized by three sisters who were stopped by police last week for riding their bicycles topless, despite women in the province having gained the legal right to go topless in 1996.
© Photo : Youtube/All Clean Natural
Up Up and Away! Canadian Balloon Lawn Chair Pilot Lands Charges With Police
Alysha Mohamed, a musician, and her two sisters Tameera and Nadia reported that they were cycling topless in the city of Kitchener on July 24 when a police officer pulled up in his car and told them to cover up, because going topless is against the law.

According to Mohamed, she told the officer he was mistaken, and began filming the encounter on her cellphone. Mohamed says that when she began filming, the officer changed his story and said he had stopped the cyclists to check they had the correct lights and bells on their bicycles.

The sisters have filed a formal complaint with police over the incident, which triggered Saturday's march, called 'Bare With Us: Top Freedom Rally.'

"We invite all people of all genders to march with us revealing as much or as little of their torso as they feel comfortable (please wear sunscreen though) in solidarity to support women's right to be topless in public, and also to show support for desexualizing women's breasts," said the organizers on their Facebook page for the event, which was attended by around 500 people.

The organizers said the march was also motivated by a complaint made by the parents of an eight year old girl who was told by a lifeguard at a pool in Guelph, Ontario in June to put on a shirt as she was playing in the water.

"We're here today just to celebrate freedom and equality for all genders," said Alysha Mohamed, speaking at the rally on Saturday. "And the ability, on a hot day, to go topless if we choose so because it is our right in Canada."

Protestors at the march, some topless and others partially dressed, held signs and wore body paint with slogans such as "Bare With Us! They're just boobs!," "End body policing," and "They’re boobs not bombs! Chill out!"

Women gained the legal right to go topless in Ontario in 1996 after a five-year legal battle which began when university student Gwen Jacob, who attended Saturday's march, was fined $75 for public indecency for walking topless during hot weather in Guelph, Ontario, in 1991.

Killer Whale Attempts to Board Vessel Off Canadian Coast