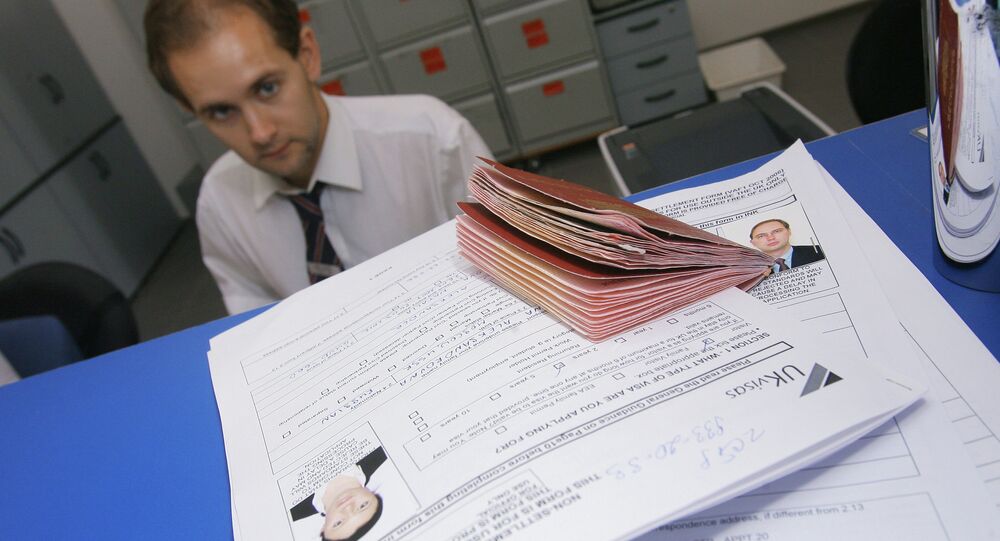 The European Union has reportedly expressed "great surprise" upon encountering rumors that Russian citizens who have visited Crimea will allegedly have their Schengen visas annulled.

The source referred to information about the EU's alleged decision to annul the visas of those Russians who visited Crimea, an option that the source said is "absolutely excluded."

"The EU will not track those who went and flew to Crimea, or in any way restrict their right to enter Schengen countries," the source said.

The statement that Russian citizens who visited Crimea will be deprived of Schengen visas was earlier made by former Crimean Minister of Resorts and Tourism Alexander Liev, who is currently Advisor to the Ukrainian Minister of Agrarian Policy and Food.

He said that the Ukrainian authorities will allegedly hand over the list of "border violators" to the EU diplomatic missions so that their Schengen visas can be cancelled.

© REUTERS / Ognen Teofilovski
Czechs Worried Greek Crisis Threatens Schengen Security
Liev also said that Kiev is considering stiffening penalties for the violation of Ukrainian law "On the occupied territories", which stipulates administrative and criminal liability for illegal entry into the territory of Crimea, including imprisonment for up to eight years.

According to him, the planned amendments to the law, which were supported by all factions in the parliament, will envisage slapping a spate of sanctions on "border violators".

These will include the possible confiscation of their property in the event that "it is located on Ukrainian territory", and restrictions on their ability to obtain Schengen visas.

Banning Flights Over Crimea, but Not Over Donbass, Raises Eyebrows - Moscow

No Show: Ukraine Wants to Nix Emir Kusturica Gig Over Support for Crimea