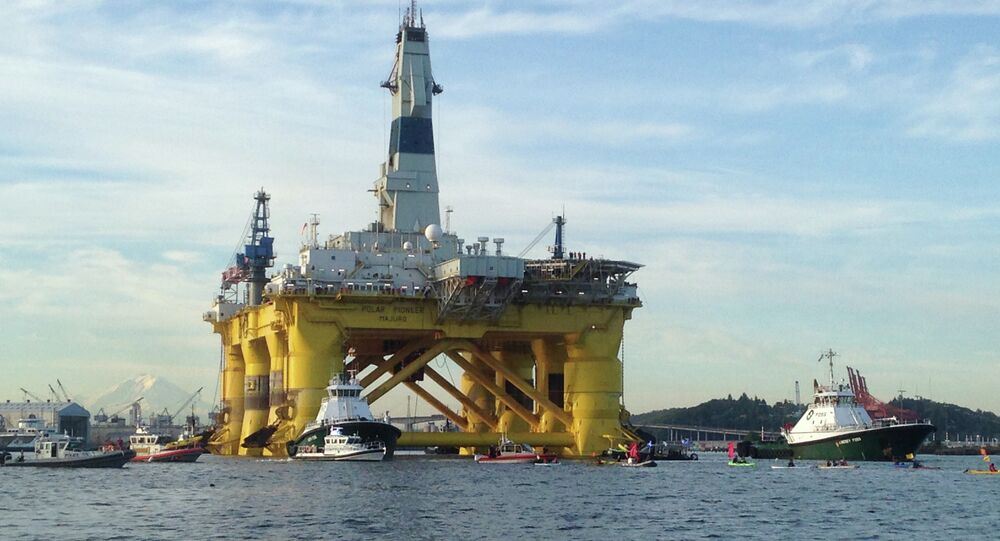 "The fact that Canada’s indigenous peoples have joined the protests in the country is a landmark event. The indigenous peoples of the Chukchi Sea coast will be the first ones to get into trouble in the event of an accident and oil spill caused by Shell’s drilling," the environmental organization’s spokeswoman, Evgeniya Belyakova, was quoted as saying in the statement, published on Wednesday.

Earlier in the day, activists launched two inflatable boats from Greenpeace's ship the Esperanza and protested near Shell’s Polar Pioneer drill rig. Audrey Siegl, a representative of the Musqueam people, was among the protesters, who were attempting to intercept the Alaska-bound drill rig, according to Greenpeace.

The protest comes less than a week after several hundred activists in kayaks, dubbed "kayaktivists," formed a human line in the Elliott Bay off Seattle, in an attempt to block the departure of the Polar Pioneer rig, en route to the Arctic.

On Monday, the US Bureau of Ocean Energy Management (BOEM) approved Shell’s multi-year exploration plan to drill for oil in the Chukchi Sea off the coast of Alaska. The company received the drilling permit even though it has not operated in the Arctic since 2012 due to a range of safety and operation issues, including an oil rig running aground.

Shell is due to conduct drilling in dangerously close proximity to Wrangel Island reserve, off the Russian Far East coast. The area has been classified by the United Nations as a World Heritage Site owing to the island's exceptional biodiversity.