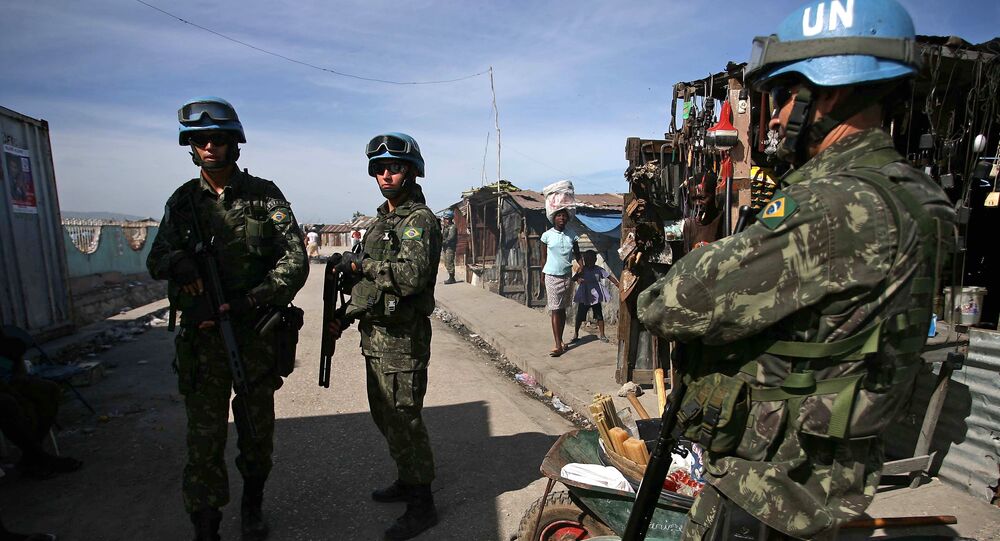 More than 200 women were sexually abused by UN peacekeepers deployed in Haiti, according to a UN report obtained by the Associated Press.

© Sputnik
Multi-Million Dollar US Aid Projects in Haiti Deliver 'Mixed Results'
A report that the Associated Press obtained from the UN Office of Internal Oversight Services revealed that UN peacekeepers in Haiti sexually abused over 200 women, including minors under the age of 18.

The report was issued after investigators interviewed at least 231 Haitian women who said that they were allegedly forced to perform sexual acts with UN peacekeepers in exchange for food and medicine.

As for those women who lived in the city, they engaged in sexual relationships in exchange for "church shoes, cell phones, laptops and perfume, as well as money," according to the report, which is due to be released later this month.

It added that only seven of the interviewed victims "knew about the United Nations policy prohibiting sexual exploitation and abuse."

© AP Photo / Nick Ut
Where Did it All Go? Probe Reveals Red Cross Raised $500M for Haiti but Built Only 6 Homes
The report mentioned neither the time frame of the alleged sexual abuse, nor the number of peacekeepers involved. The 7,000-strong UN peacekeeping mission in Haiti began in 2004.

Earlier this year, prosecutors opened an investigation into claims that French soldiers raped children as young as nine during UN peacekeeping missions in the Central African Republic.

According to the Secretary-General's latest annual report on the issue, the total number of alleged cases of sexual abuse and exploitation by members of all UN peacekeeping missions stood at 51 in 2014, down from 66 the year before.

Protests in Haiti Continue Despite Efforts to Reach Election Deal