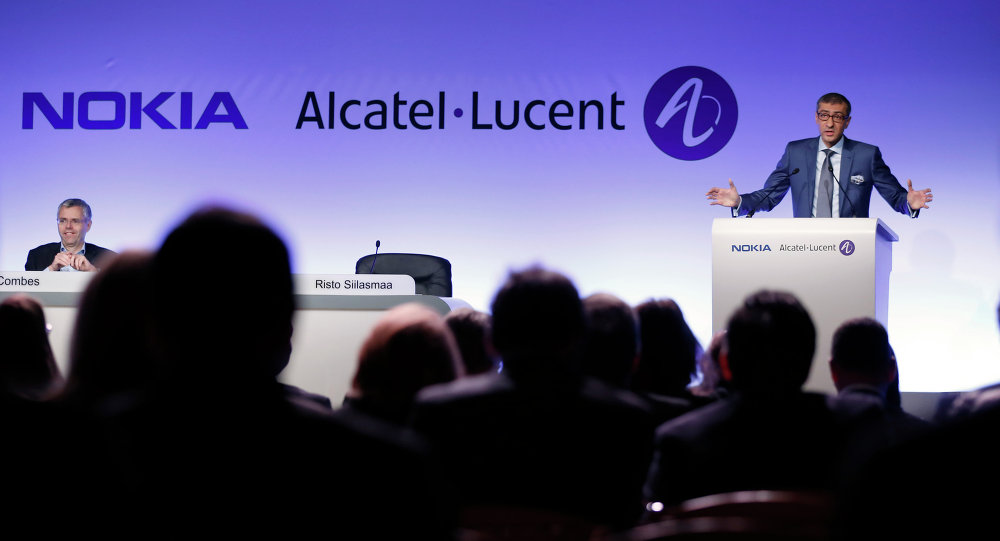 To Be As One: Nokia Inks Hefty Deal to Buy Alkatel-Lucent

Nokia signed a memorandum of understanding to acquire rival Alcatel-Lucent for 15.6 billion euros.

© Flickr / Stilgherrian
Finns Ready to Sacrifice Relationships for Mobile Phones
Nokia has confirmed that it clinched a 15.6-euro deal to purchase rival Alcatel-Lucent; the goal is to become the biggest supplier of mobile phone network equipment in the world, news reports said.

In a statement on Wednesday, Nokia heaped praise on the merger deal.

"The combined company will be uniquely positioned to create the foundation of seamless connectivity for people and things wherever they are. This foundation is essential for enabling the next wave of technological change, including the Internet of Things and transition to the cloud," the company said.

It was echoed by Alcatel-Lucent chief Michel Combes who said that "this transaction comes at the right time to strengthen the European technology industry."

"The global scale and footprint of the new company will reinforce its presence in the United States and China," he added.

© AP Photo / Manu Fernandez
Former Mobile Giant Motorola Looking for New Owner
As for the new firm, it will reportedly be named Nokia Corporation, be based in Finland, and be run by Nokia's current management team.

Nokia shareholders will own 66.5 percent of the merged entity, while Alcatel-Lucent will have 33.5 percent in the corporation.

Although the new company's headquarters will be in Finland, there will also be its presence in France, sources said.

Nokia's Risto Siilasmaa will be the chairman the new firm, and Nokia's Rajeev Suri will be the corporation's chief executive.

If the transaction is completed on schedule, the merged firm is due to gain a 900-million-euro operating cost savings by 2019.