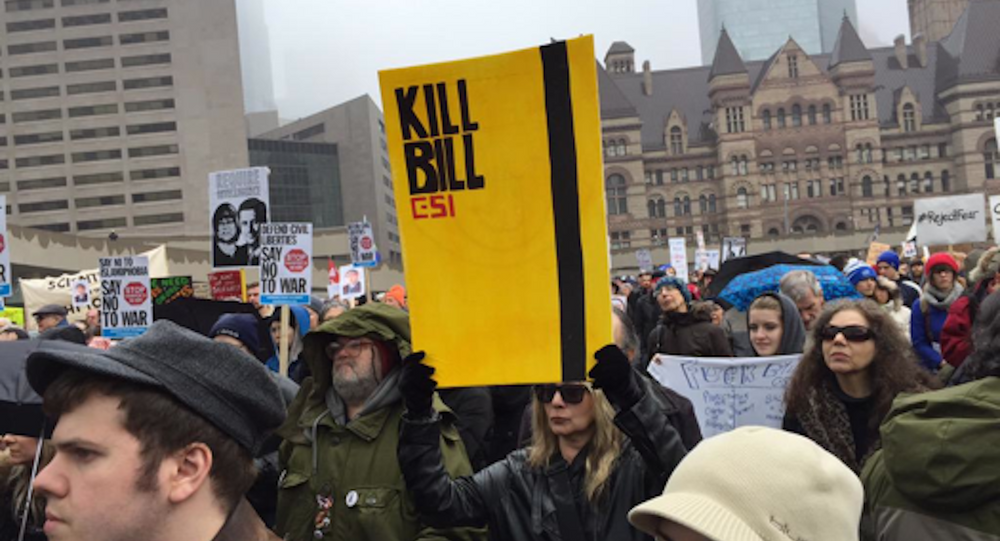 Canadians all across the country reportedly took to the streets to protest an anti-terrorism bill that will grant sweeping new powers to police and security services.

© Flickr / rodmaia
Canadian Patriot Act? Officials Warn Against US-like Anti-Terror Law
MOSCOW (Sputnik) — Thousands of Canadians all across the country took to the streets on Saturday to protest a controversial anti-terrorism bill that will grant sweeping new powers to police and security services, according to the local media.

Demonstrators gathered at more than 50 sites throughout the country in an answer to the call from #StopC51 campaign, to protest a legislation that critics say lacks appropriate oversight, Canada's CTV News said.

The federal government's C-51 Bill which is set to provide the Canadian Security Intelligence Service (CSIS) with more powers to prevent potential terrorist attacks, targets any "activity that undermines the security of Canada," in what is widely understood as an excessively broad definition of terrorism.

The legislation will also give the intelligence a power to clamp down on terror suspects without a warrant.

The new legislation is being adopted in the wake of two terrorist attacks in Canada in October 2014, and growing concerns about increased recruitment efforts for terrorist organizations such as the Islamic State.