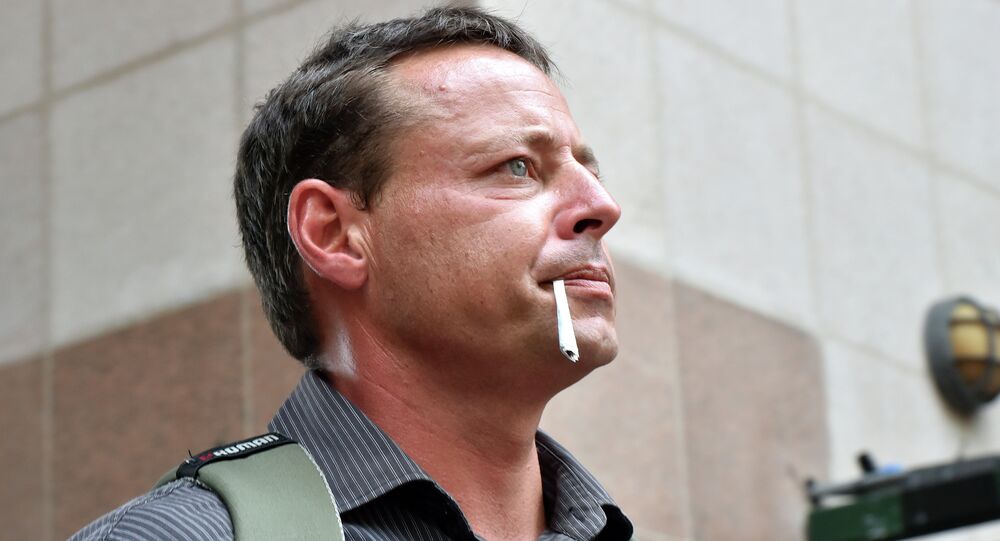 Hicks won a legal challenge to his terrorism conviction before a US military court on Wednesday. The court concluded that Hicks committed no crime and was innocent of any offence. Despite his innocence, all throughout this time, mainstream Western media portrayed Hicks as a terrorist and as someone who was rightfully put into Guantanamo Bay.

“A lot of facts about David’s case have been skewed over the years <…> There are a lot of things about David that are completely untrue.” – Brooks said during an interview with Sputnik.

According to mainstream media, Hicks went to Pakistan to train with terrorist groups, met with Osama bin Laden and even fought among Taliban forces against soldiers of the Afghan Northern Alliance, before finally getting caught on the battlefield in Afghanistan in 2001. Sure enough, Hicks seems like a belligerent terrorist, according to these stories.

However, Brooks revealed the whole truth behind the story about her husband. It turns out that Hicks has never met with bin Laden, never trained with any terrorists in Pakistan or Afghanistan, never fought against anybody and was never caught on the battlefield. Instead, Hicks was himself sold for a bounty to US Special Forces, who then took him to Guantanamo Bay, according to Brooks. It was reported that Hicks was traveling in Afghanistan, where Taliban could have caught him and sold to US troops.

The 39-year Australian man was held at Guantanamo Bay from January 2002 until May 2007. According to his wife, Hicks was badly tortured while in Cuba. She said the CIA deprived Hicks of sleep, water-boarded him, and used other torture techniques that left him psychologically damaged, such as temperature manipulations, sound bombardments and “rectal rehydration”.

David Hicks, Australian Held by US at Guantanamo Says He Was Tortured for 5 Years http://t.co/QzTUpgr8Ob #CloseGitmo pic.twitter.com/P3pM1hKAdg

Brooks also said that the majority of prisoners at Guantanamo Bay were sold for a bounty, similar to her husband. There are a lot of innocent people at the detention center who should be released. However, the US government cannot release these prisoners because it has tortured them, Brooks said.