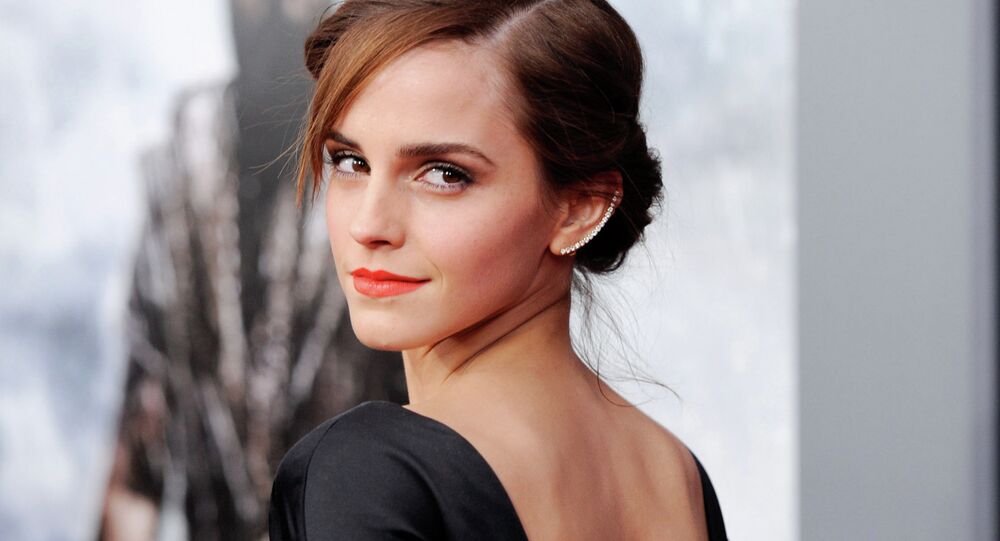 Harry Potter star and UN ambassador appears at the World Economic Forum to mark the launch of a initiative to push institutions into doing more to address issues of women's empowerment.

© East News / Mary Evans Picture Library
J.K. Rowling is Not Releasing 12 New Harry Potter Stories for Christmas
MOSCOW, January 23 (Sputnik) – UN Women Global Goodwill Ambassador, Emma Watson told a press conference at Davos on Friday that she has been “stunned by the response” to the launch of the UN's #HeForShe campaign in September, at which the actress made a speech calling for men and boys to join the movement for gender equality.

“The #HeForShe conference was watched over 11 million times, sparking 1.2 billion social media conversations, culminating in the #HeForShe hashtag becoming so popular, that Twitter painted it on the walls of its headquarters,” said Watson, speaking at the launch of a year-long pilot initiative which aims to engage governments, corporations and universities in the pursuit of women's empowerment.

“I’ve had my breath taken away when a fan told me that since watching my speech she has stopped herself being beaten up by her father,” Watson told the conference on Friday. “I’ve been stunned by the amount of men in my life that have contacted me since my speech to tell me to keep going, and that they want to make sure that their daughters will still be alive to see a world where women have power and equality, economically and politically.”

“HeForShe has signed up fathers who want to raise empowered daughters. Leaders who know their societies will be stronger when there are as many women in parliament and in business as men. And ordinary people who are fed up with violence and discrimination against women – and want to be part of a global force for change,” said the Secretary-General at the press conference.

The pilot initiative, named IMPACT 10X10X10, is intended to “galvanise momentum” in the push for equality. It is planned that institutions taking part in the campaign will identify approaches for addressing gender inequality in their sector, and then pilot test the effectiveness of the proposed interventions.