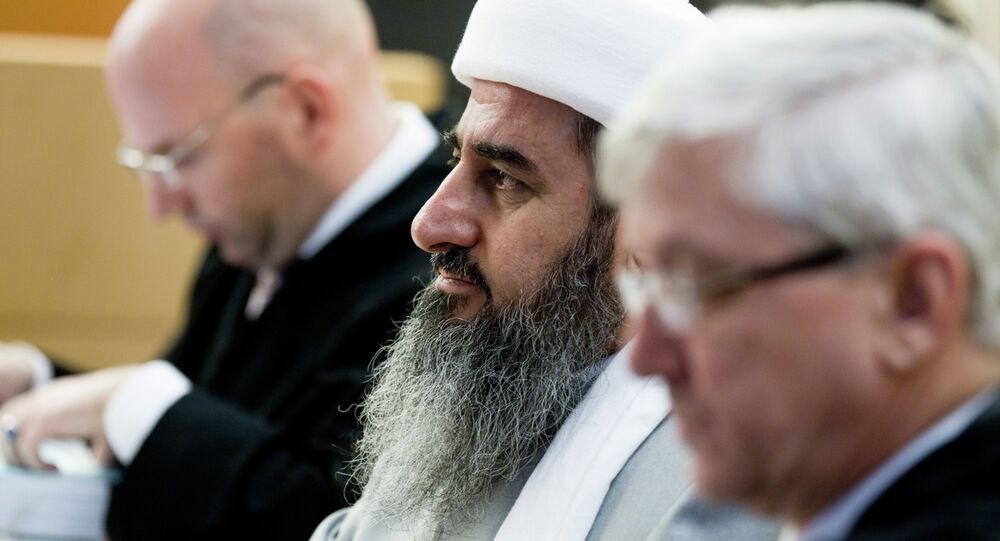 Radical Islamist Cleric to Be Released From Norwegian Prison Sunday

Krekar has been imprisoned since 2012 for making death threats against three Kurds and Conservative Party leader Erna Solberg, now Prime Minister of Norway.

Last week, Norwegian police announced that Krekar would be sent to an asylum center in the village of Kyrksaeterora in central Norway after his release, some 520 km (323 miles) from the capital, Oslo. The decision has been suspended as the mullah's lawyer has issued a complaint to Oslo District Court, where it is expected to be processed early next week.

The Kurdish Sunni scholar was the original leader of the militant Ansar al-Islam group, which was active in Iraq and Syria from 2001 until its merger with the Islamic State in mid-2014.

Krekar first came to Norway as a refugee in 1991 and has since repeatedly traveled to the Middle East. He has been on UN’s terror list since 2006.

Norwegian authorities decided to deport Krekar in 2003 over national security concerns, a decision confirmed by the Norwegian Supreme Court in 2007. However, the mullah cannot be sent back to Iraq as of today in accordance with international human rights regulations. Iraq, where he is wanted on terror charges, is yet to guarantee that he will not face torture or execution upon return.