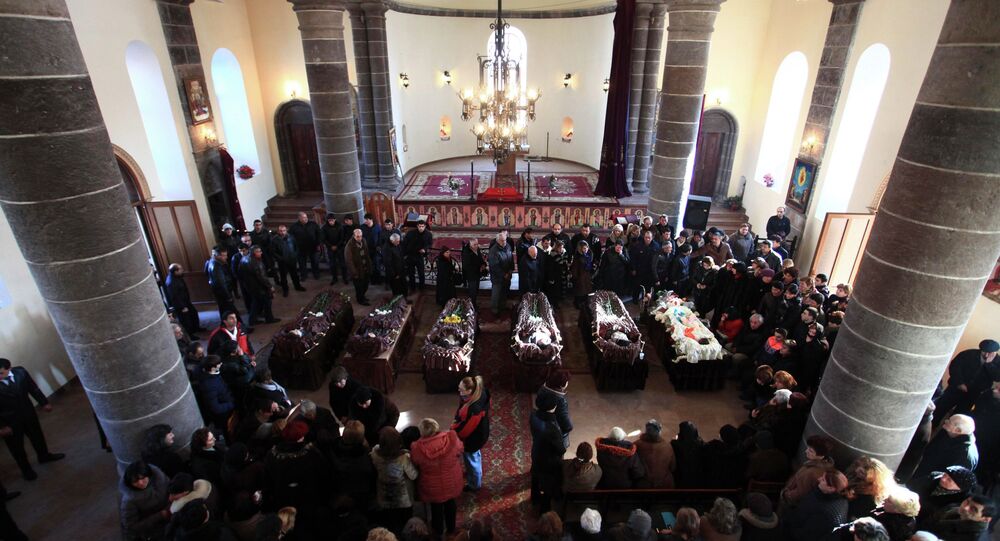 Russian and Armenian authorities are taking joint efforts to carefully and extensively investigate a brutal murder of a family in Armenia's Gyumri, committed by a Russian deserter.

MOSCOW, January 20 (Sputnik) – Russian Investigative Committee chief Alexander Bastrykin and Agvan Ovsepyan, his Armenian counterpart, are conducting a joint investigation into the murder of a family in Armenia's Gyumri, committed by a Russian deserter, a Russian official said.

Earlier, Bastrykin announced that a public murder trial will be held in Armenia.

On January 12, a family of seven people was murdered in Armenia's second largest city of Gyumri. The main suspect in the case, soldier Valery Permyakov from the Russian 102nd Military Base located in Gyumri, was detained the next day. He later admitted committing homicide.

On January 13, a series of rallies kicked off in the country, with protesters demanding Permyakov to be handed over to Armenian authorities and to close the Russian military base.