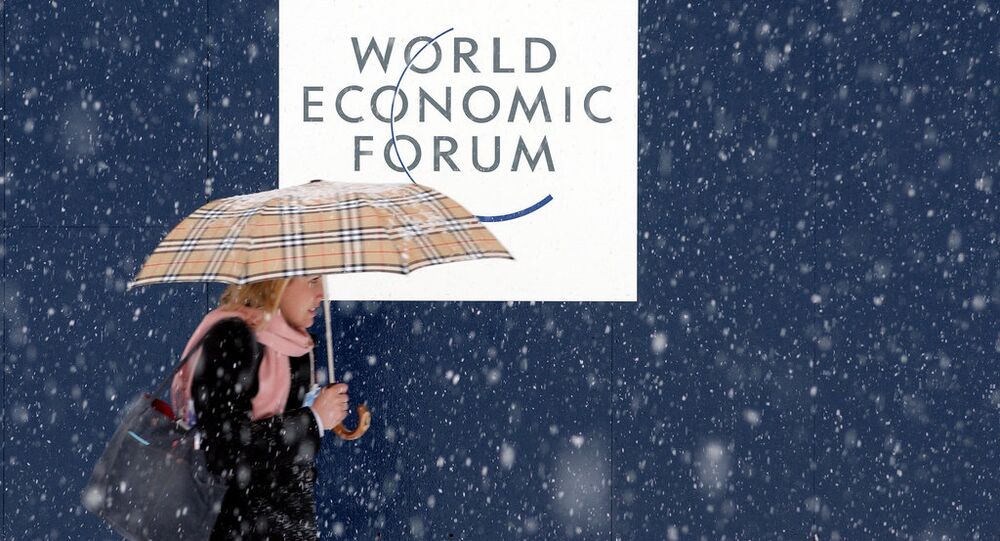 As the top brass from some of the world’s biggest corporations begin to arrive in Davos, Switzerland for the World Economic Forum, it has been revealed that the wealthiest 1% in the world own more than the rest put together and bend the rules to gain power.

The latest projections from the charity Oxfam, based on figures from the World Institute for Development Economics Research of the United Nations, shows the massive gap between the rich and the poor. It also highlights the sheer volume of tax-dodging by corporations around the world.

Davos is the favourite resort of people who don't pay tax!

It is calling for governments to clamp down on tax dodging by corporations and rich individuals, to re-balance the tax-burden and to introduce minimum wages and move towards a living wage for all workers.

Oxfam, whose executive director Winnie Byanyima will co-chair the Davos event, which begins on January 20, warned that the explosion in inequality is holding back the fight against global poverty at a time when 1 in 9 people do not have enough to eat and more than a billion people still live on less than $1.25-a-day.

Less than a decade ago, in 2006, the same survey found that the richest 1% of adults in the world owned 40% of the planet's wealth. The latest projection — to 2016 — shows a massive shift in wealth over a decade. Members of this global elite had an average wealth of $2.7m per adult in 2014.

The shocking figures show how extreme wealth is passed down the generations and how elite groups mobilise their vast resources to ensure global rules are favourable towards their interests. Twenty per cent of billionaires have interests in the financial and insurance sectors, a group which saw their cash wealth increase by 11 per cent in the 12 months to March 2014.

It is shameful that during this recession the rich got richer and the poor poorer. Remember that on May 7. http://t.co/zlLmHhIhpP

Obama Talks the Talk on Inequality

Winnie Byanyima, Executive Director of Oxfam International, said: "Do we really want to live in a world where the one per cent own more than the rest of us combined? The scale of global inequality is quite simply staggering and despite the issues shooting up the global agenda, the gap between the richest and the rest is widening fast.

"In the past 12 months we have seen world leaders from President Obama to Christine Lagarde talk more about tackling extreme inequality but we are still waiting for many of them to walk the walk. It is time our leaders took on the powerful vested interests that stand in the way of a fairer and more prosperous world.

"Business as usual for the elite isn't a cost free option — failure to tackle inequality will set the fight against poverty back decades. The poor are hurt twice by rising inequality — they get a smaller share of the economic pie and because extreme inequality hurts growth, there is less pie to be shared around."

Is Davos relevant in a world where the axis of power is shifting East/South?

Byanyima will use her position at Davos to call for urgent action to stem this rising tide of inequality, starting with a crackdown on tax dodging by corporations, and to push for progress towards a global deal on climate change.

Nick Bryer, Head of UK Policy Programmes and Campaigns at Oxfam told Sputnik that "extreme wealth helps secure political influence" whilst it is "inevitable that people who are born into richer families will always remain richer":

She said: "Oxfam's report is just the latest evidence that inequality has reached shocking extremes, and continues to grow. It is time for the global leaders of modern capitalism, in addition to our politicians, to work to change the system to make it more inclusive, more equitable and more sustainable.

"Extreme inequality isn't just a moral wrong. It undermines economic growth and it threatens the private sector's bottom line.  All those gathering at Davos who want a stable and prosperous world should make tackling inequality a top priority."