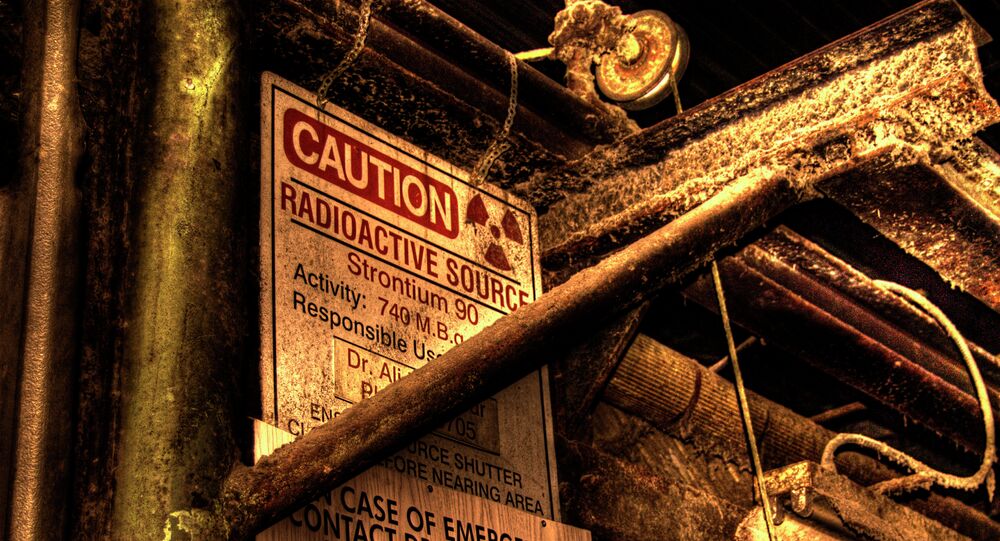 A storage box that contained radioactive isotope was lost in the Indian Ocean. The same element - strontium-90 - caused the radioactive contamination of the area around the Chernobyl Power Plant following the nuclear accident in 1986.

MOSCOW, December 2 (Sputnik) – The US Fifth Fleet has lost a storage box that contains radioactive element strontium-90, according to the US Nuclear Regulatory Commission (NRC) website.

Strontium-90 is used in radiation-monitoring instruments and devices.

© RIA Novosti . Alexei Danichev
Radioactive Ship Drifting in North Sea, Oil Platform Evacuated
“The radioactive substance can cause bone marrow cancer and leukemia. Along with isotopes of cesium and iodine, strontium-90 caused the radioactive contamination of the area around the Chernobyl Power Plant following the nuclear accident in 1986. Any level of pollution with strontium-90 has negative consequences, but this case in particular is not a major disaster,” Rashid Alimov, the official representative of Greenpeace Russia, told Sputnik.

The incident occurred on November 13. A storage box that contained a CH53 helicopter blade fell overboard from one of the ships patrolling the Western part of the Indian Ocean and the Persian Gulf. The helicopter blade had an in-blade inspection device that had 500 microcuries of strontium-90.

The exact location where the incident happened has not reported. The area, where the storage box was lost, is under the responsibility of the US Fifth Fleet. According to the NRC, the incident poses no threat to the environment.