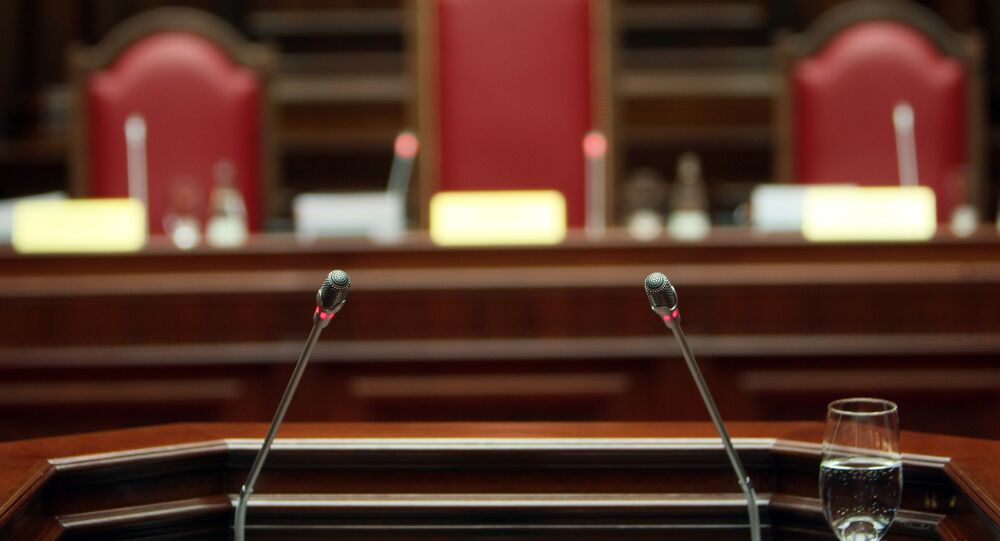 Trial Against Alleged IS Recruiter Starts in Uzbekistan: Authorities

Uzbekistan's Regional Criminal Court is dealing with the case against an Uzbek citizen who is accused of being an Islamic State (IS) recruiter.

Nadir Zhavliyev, 27, reportedly went to Ufa, Russia, where he "came under the influence of religious extremists," and later became a member of the militant Islamic Movement of Uzbekistan (IMU) and took part in the group's actions in Syria and Iraq, according to the report.

© Sputnik / Stringer
UK Taxpayer Money Funds Terrorists in Iraq and Syria
According to the investigative materials published in local media, Zhavliyev was planning to recruit new supporters and return to Syria and Iraq.

In September, a number of IMU leaders announced the group was joining IS. Zhavliyev was arrested in October.

IMU was founded in 1996 by a number of activists of a political party banned in Uzbekistan and associated with the Taliban and al-Qaeda. Russia, the Central Asian countries, as well as the United States recognize IMU as a terrorist organization.

IS is a Sunni jihadi group that has been fighting the Syrian government since 2012. In June, it launched an offensive in Iraq, seizing vast areas in both countries and announcing the establishment of an Islamic caliphate on the territories under its control. The United States started launching airstrikes against IS targets in Iraq in August. In September, US President Barack Obama announced the formation of an international anti-IS coalition. The US-led coalition has carried out airstrikes against IS positions in Iraq and Syria.

According to media reports, in late September, 17 Uzbek citizens were killed in airstrikes aimed at IS militants in Syria.