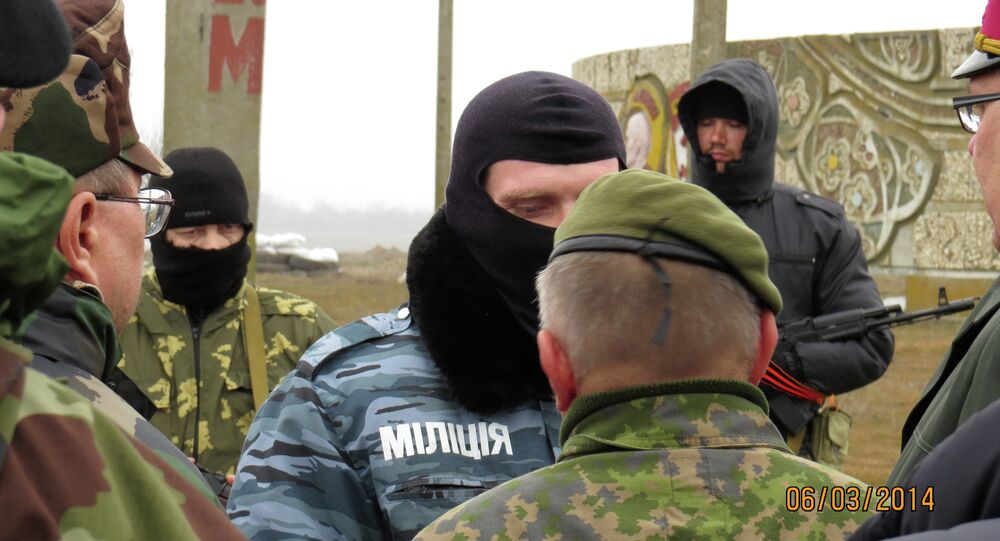 The Organization for Security and Cooperation in Europe is showing double standards in its approach to the current political crisis in Ukraine, the Russian Foreign Ministry said Friday.

MOSCOW, March 8 (RIA Novosti) – The Organization for Security and Cooperation in Europe is showing double standards in its approach to the current political crisis in Ukraine, the Russian Foreign Ministry said Friday.

“Some OSCE members and executive bodies have acted in the worst traditions of double standards while dealing with the situation in Ukraine,” the ministry said in a statement.

According to the statement, “the poorly disguised attempts to overlook the crimes committed in Kiev and western Ukraine are accompanied by strenuous efforts to monitor closely the actions of legitimate authorities in Crimea” aimed at determining the future of the region.

In order to make the OSCE involvement in Ukraine effective the organization must, first and foremost, condemn the acts of violence committed by the so-called “Maidan activists,” recognize the events in Kiev as an unlawful state coup and start work on facilitating a reconciliation between political forces in Ukraine in line with the February 21 agreement to form a coalition government, the ministry said.

The Foreign Ministry’s human rights envoy, Konstantin Dolgov, said earlier on Friday that new Kiev leaders and their Western backers must react to the documented evidence of atrocities committed by far-right and neo-Fascist forces in Ukraine.

“We continue to gather this evidence, and it is of vital importance that these documented facts [of violence] prompt a proper response from de-facto authorities in Kiev and, certainly, from the western countries that support and encourage them,” Dolgov said.