The Organization for the Prohibition of Chemical Weapons, which was awarded the Nobel Peace Prize on October 11, and the United Nations confirmed that the government of the war-torn country “has completed the functional destruction of critical equipment for all of its declared chemical weapons production facilities and mixing/filling plants, rendering them inoperable.”

Syria has therefore met the November 1 deadline for doing so set by the OPCW executive council, the organization said.
The next milestone for the joint OPCW-UN mission will be November 15, by which time the executive council is to approve a detailed plan submitted by Syria to eliminate its chemical weapons stockpile, the OPCW said.

Moscow welcomes the completion of the first phase of Syria’s chemical disarmament and expects the process to be finalized by the middle of next year, a Russian Foreign Ministry source told RIA Novosti on Thursday. 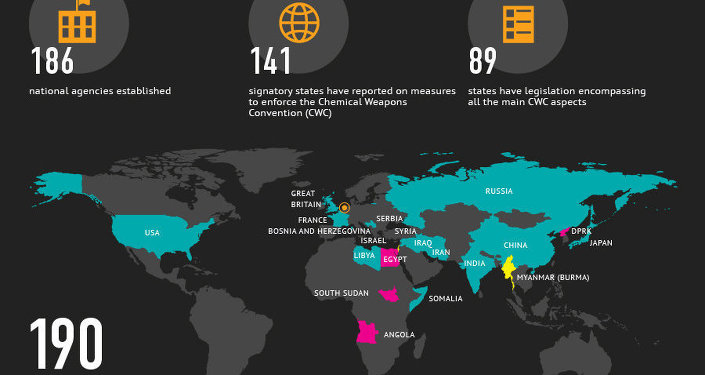 The United States and some other countries accused Syrian President Bashar Assad’s government of being behind an August 21 chemical weapons attack outside Damascus that Washington said left more than 1,400 dead.

The Syrian government in turn accused the rebel groups it has been battling since March 2011 of being behind the attack, and agreed to a Russia-brokered deal to destroy its chemical weapons arsenal by the middle of next year in order to avoid military action threatened by the US.