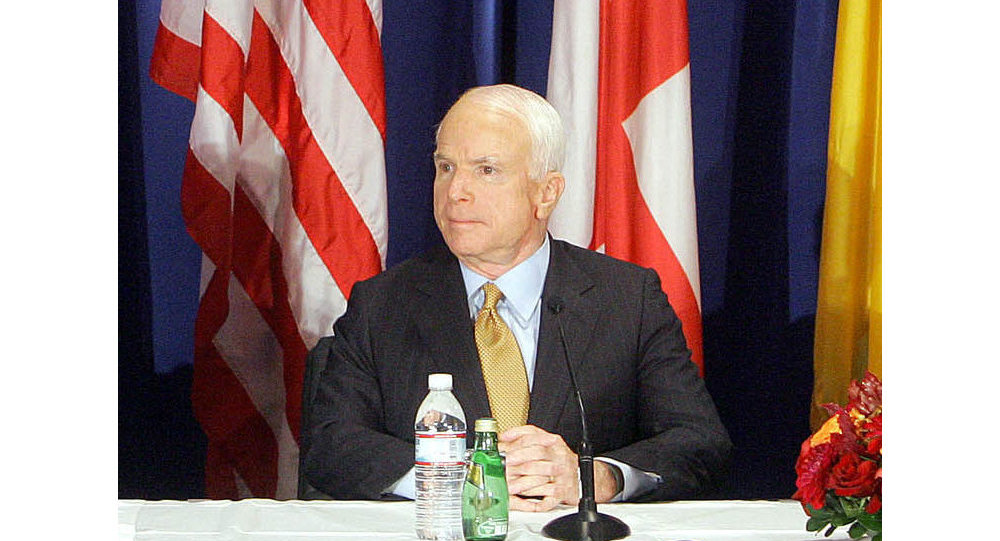 “We’ve got to start dealing with Vladimir Putin in a realistic fashion for what he is,” McCain, a Republican senator from Arizona, said in an interview with CNN. “He’s an old KGB Colonel apparatchik that dreams of the days of the Russian Empire, and he continues to stick his thumb in our eye in a broad variety of ways.”

McCain dismissed an assertion by Russian Foreign Minister Sergei Lavrov on Tuesday that Snowden, who leaked details of a US surveillance program to newspapers in the US and UK earlier this month, was not in Russia following his reported flight to Moscow’s Sheremetyevo Airport from Hong Kong on Sunday.

“[Putin] has to understand, and we have to be serious, that this will affect our relations with Russia in a broad variety of ways and that does not mean a return to the Cold War, but it means a very realistic approach to our relations,” McCain said.

Snowden was being kept out of public view at the airport’s transit area, according to an airport source who spoke to RIA Novosti on Monday after he failed to get on a Cuba-bound plane that he had reportedly been checked in for.

A White House spokesman said on Monday that Washington believes that Snowden remains in Russia, and called on Moscow to assess “the options available” to expel him back to the United States to face criminal charges.

In his interview with CNN on Tuesday, McCain also accused Putin of having a “disdain for democracy and the things we stand for and believe in” and referenced allegations last week that the Russian president had stolen a Super Bowl championship ring from the owner of the New England Patriots of the US National Football League.

“If he sees a situation he'll take advantage of it. Anybody that takes somebody's Super Bowl ring has got to be not exactly like us,” McCain told CNN.

The American football team’s billionaire owner, Robert Kraft, said in 2005 that he handed Putin the 124-diamond ring as gift. But at an awards ceremony in New York City this month, Kraft said the ring was not a gift and he would like to have it back. The next day, a Patriots spokesman said Kraft’s new statement was a joke.

Putin’s spokesman, Dmitry Peskov, said last week that he had personally witnessed Kraft willingly give the ring to Putin, adding that the ring was being stored in the Kremlin’s library.