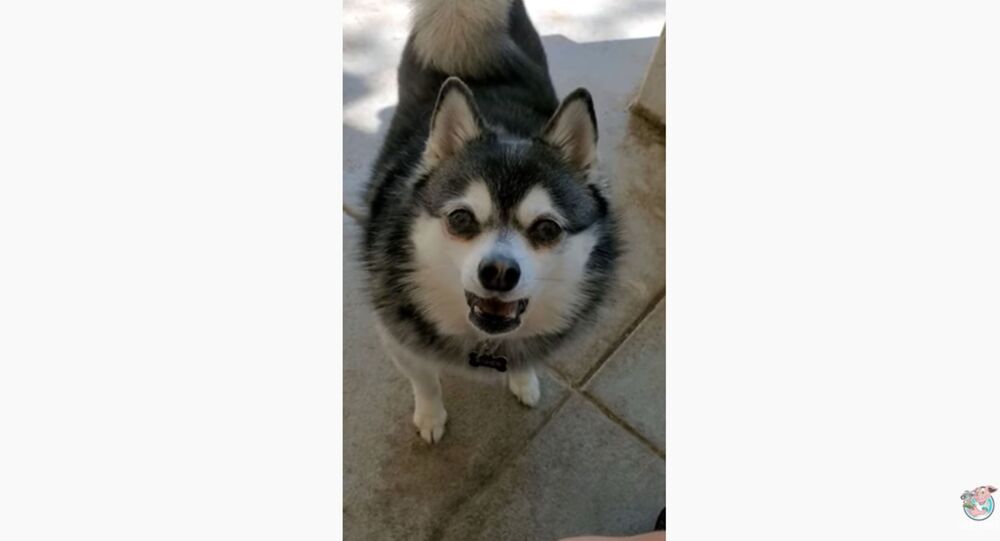 You know that feeling when you see someone with something that you really want? Well, nobody knows this feeling better than dogs, as a hilarious pup demonstrated earlier this week.

Footage shared on YouTube by Viral Hog captures Asher, an 8-year-old Alaskan Klee Kai living in Arizona, grumbling at his owner when he sees that she is eating a - salad?! Strange as the craving might be for a doggo, the unshy pup proceeds to fuss and groan. After some crying, climbing and sniveling, the pup finally sits down.

In a statement given to the outlet, the craving canine’s owner said that he is “more than happy to let you know when he's not getting what he wants. He squeaks, grunts, barks, huffs and grumbles until he gets his way."

Such a tenacious pup!

Take It Away! Goofy Husky Does Not Like Beer