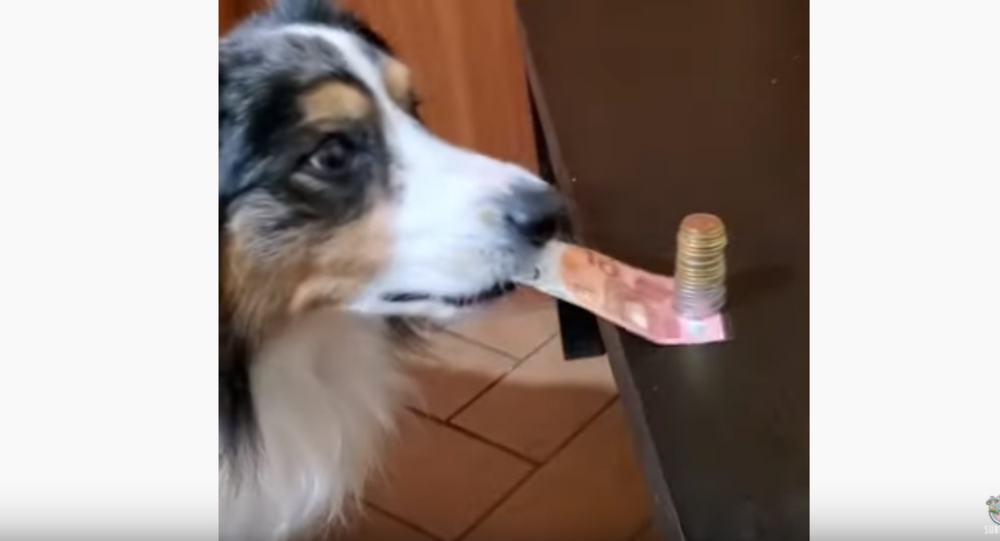 Magic is entertaining, requiring immense skill to perform a captivating trick. Turns out, a conjurer of the canine variety has emerged with the latest accomplished act.

A doggo named Rush residing in Vasto, Italy, seems to really love cash. His fondness for it appears to have led to him mastering a pretty neat trick. Footage posted by Viral Hog on YouTube captures the long-haired pup swiftly pulling a 10 euro bill from under a high stack of coins. Amazingly, the assemblage of capital does not tumble.

In a statement given to the outlet, the clever, cash-loving canine’s owner said, "Rush, my incredible dog, steals money without dropping a single euro on the ground. He shows his skills as a professional thief and subtracts the banknote, leaving a perfectly standing stack of coins hanging on the edge of the table."

What a savvy boy!

No Sock Left Behind! Clever Canine Assists With Laundry