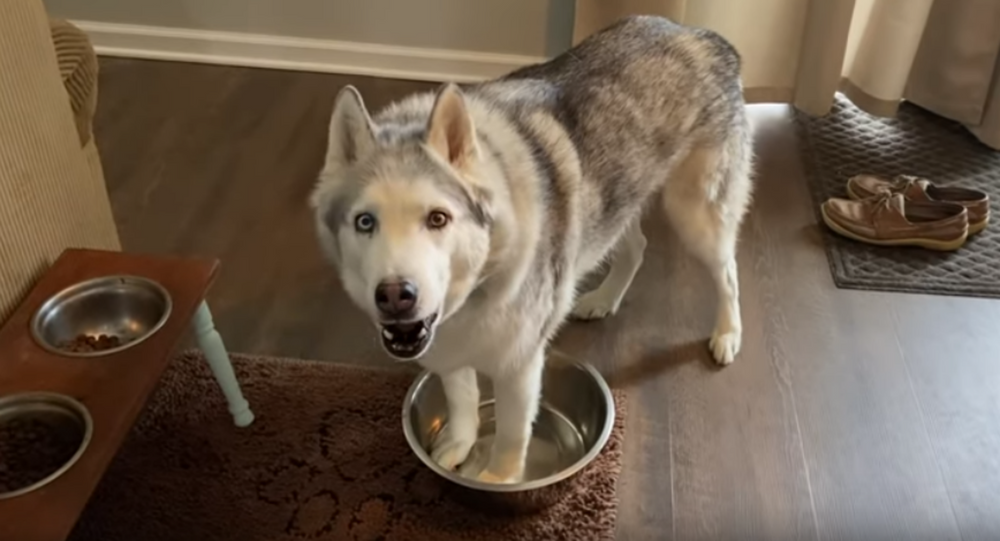 When things go awry, some of us are quick to mitigate the problem or grievance by making the issue known. This personality trait seems to apply to certain canines as well, as Zeus the Stubborn Husky recently demonstrated to his owner.

Footage shared on YouTube captures the tenacious pup standing in his water bowl, adamantly crying and howling about it being empty. Once his owner is aware of the offended husky’s grievance towards her, she proceeds to pick up the bowl and gets an even bigger mouthful of complaints from the canine.

As she washes and fills his bowl, the loudmouthed husky proceeds to increase his cries. Hilariously, Zeus’ German shepherd “sibling,” Kaden, seems totally unsurprised by the husky’s tantrum, paying him no mind whatsoever.

After such a mouthful of complaints, the wordy pup surely will never be parched again!

Love Knows No Bounds: Siberian Husky Pup and an Owl Seen Kissing Each Other

Who Says We Can't Be Friends? Husky Plays With Tiny Kitten