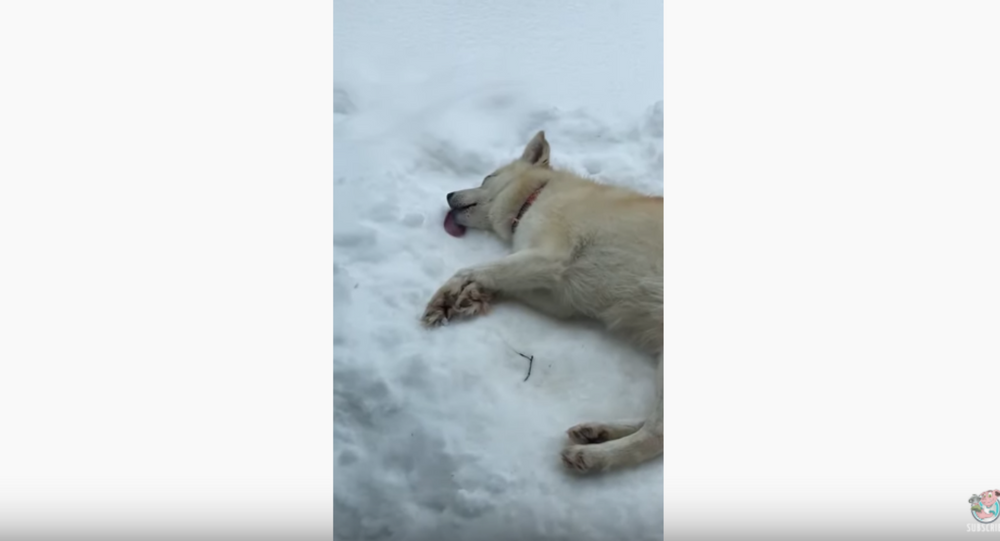 We all like to relax sometimes, but some of us enjoy doing so far more than others. Earlier this week, a cold-loving canine demonstrated the true essence of what it means to be “chill.”

Rocky, an all-white Siberian husky living in the city of Thunder Bay in Ontario, Canada, seems to love cooling off. Footage shared by Viral Hog on YouTube captures the arctic pup laying joyously on his side on the snow-covered patio outdoors. Moments later, the pup begins licking the snow surrounding him.

In a statement given to the outlet, Rocky’s family wrote that they recently adopted him, noting that he is their very first dog, and that he particularly loves the snow. Rocky enjoys “playing in it, eating it, stuffing his face in it and licking it. He’s a real fan.” They went on to say that he is making them appreciate their “long Canadian Winters more” and is “such a lovable goofball."

What a way to stay cool!

Love Knows No Bounds: Siberian Husky Pup and an Owl Seen Kissing Each Other