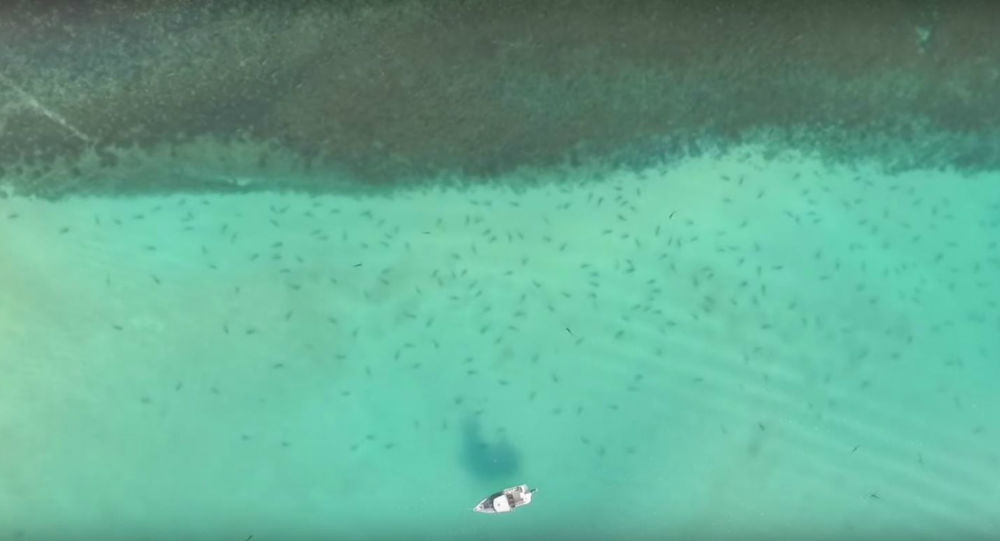 Hundreds of Sharks Just Meters Away From Snorkeling Teen

Sharks are known for being top oceanic predators that are essential for the health of our oceans. As important as they are to marine ecosystems, coming anywhere close to one is something most people want to absolutely avoid. Well, how about hundreds of them?!

Over the weekend, a teenager witnessed hundreds of sharks swimming just meters away while snorkeling off Great Barrier Island, New Zealand.

Drone footage captured by the teenage boy shows a massive shark presence in the shallow waters along the Great Barrier Island, a mere 90 kilometers from Auckland City.

The video, shared by Viral Hog, shows a terrifying amount of the sharp-toothed chondrichthyes “basking in the sun” along the popular coast. Zach Judkins, the teen who recorded the terrifying and stunning scene, told the outlet that he was shocked to discover the large number of sharks that had been in the water nearby at the time he was snorkeling.

Indeed, he made a perfectly-timed exit from the water.

Just a Scratch: Man Gets His Arm Mauled by Shark and Then Drives Himself to Hospital - Report