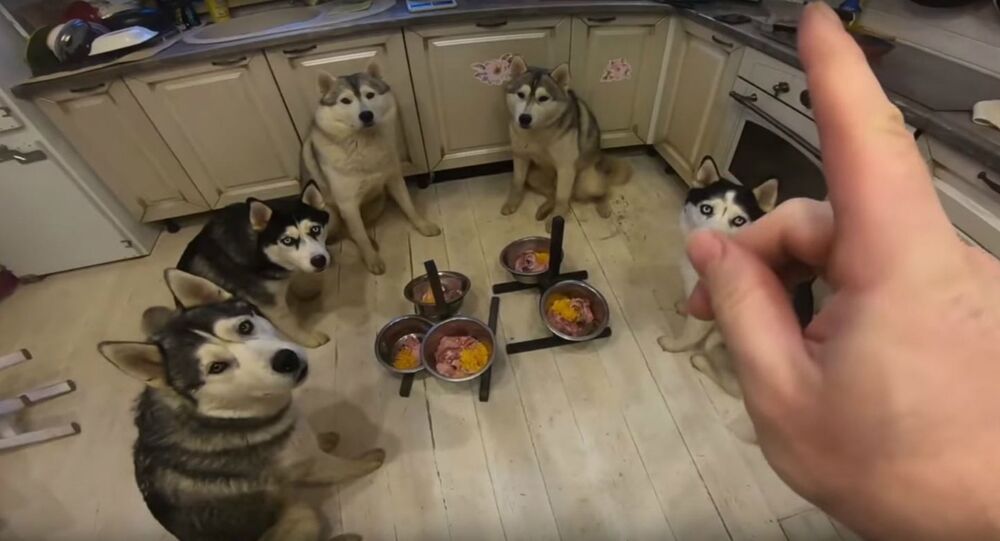 Siberian huskies are known for being highly independent and sassy dogs, which has garnered them a reputation for being difficult to train. However, it is apparent that with discipline and guidance from their owners, they are actually quite obedient.

In the video shared by Rumble Viral on YouTube, a pack of five Siberian huskies gracefully sit in a circle in the kitchen, with their owner demonstrating the “look at me,” “wait” and “yes” commands as part of their feeding process.

The well-behaved pups watch patiently as he sets each one down, without attempting to touch them. After placing down all the bowls in the center of the pack, he instructs them to look at him once more and says, “You may eat” - and in complete unison, they all chow down.

However, one member of the pack named Chance seemed particularly hungry. He scarfed down his meal in a matter of seconds, and proceeded to try and get a few extra bites from the bowls of his brothers and sisters. His owner was having none of that sort of behavior and gently guided him away, allowing the rest of the pack to finish up their dinners in peace.