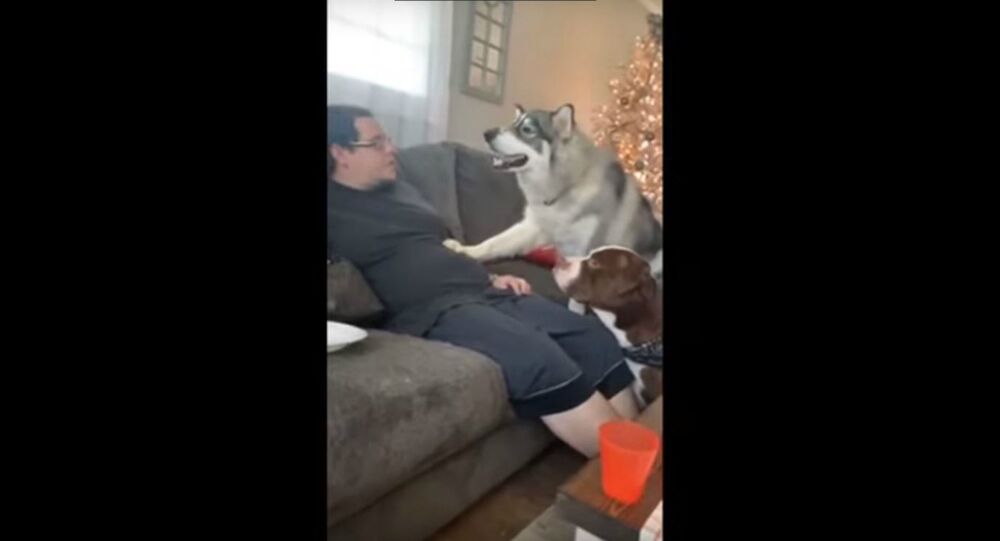 Siberian huskies are known for being majestic, wolf–like dogs that adore their owners. However, they are also known for being quite demanding about acquiring what they want, and not being afraid to say so.

Oliver, a persistent, sassy Siberian husky who knows exactly what he wants, has not taken too kindly to being expected to “share” his treats with his fellow doggo sibling.

A video posted by Rumble Viral depicts the flabbergasted, astonished and unimpressed Oliver starting up quite the rant over this perceived injustice. Although it seems that it is simply his adoptive sibling’s turn for their treat, Oliver is reluctant to watch his friend acquire it, feeling that he is more worthy of the delicious sustenance. The owner is heard saying, “You have to stay still, wait your turn,” in hopes of explaining to Oliver why he has to be polite and patient.

The owner goes on to tell Oliver that he is “too smart, too expensive and too pretty to be disobedient – you have to stay still!” Although Oliver proceeds to misbehave, his cuteness seems to overcome the owner, who finally gives in and hands him the scrumptious snack.

Survival of the fittest!