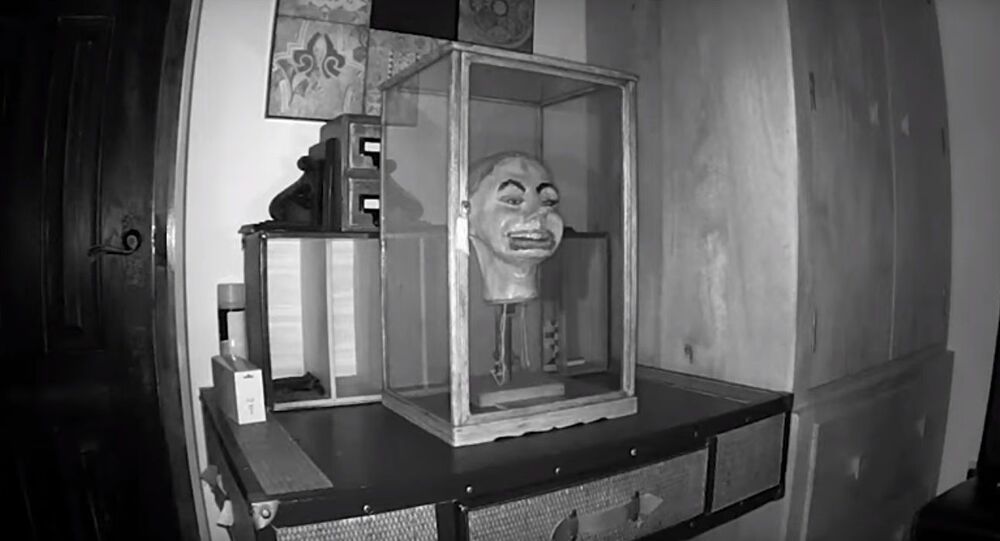 A lover of creepy things just got an interesting gizmo for his collection, but it was too early to rejoice. When it appeared in the house, strange things began to happen, which the man was able to record by installing a surveillance camera.

Briton Michael Diamond is 48 years old, and his main hobby is collecting strange and sometimes terrible things - including stuffed animals, occult objects, skulls and ancient weapons. He travels around the country and organises small exhibitions to sell his stuff.

Michael recently bought an old ventriloquist doll from the 1940s, brought it home and put it in a glass cabinet, according to the DailyStar.

The previous owner called the head Fritz and said that it was made by an American prisoner at the Nazi concentration camp.

When Michael found the door open again one morning, he turned on the tape to find out how it happened. At first, nothing suspicious happened on tape but suddenly ... Fritz opened his eyes!

Immediately after he did so, the locker door opened, as if the doll had telekinesis and was able to move it without its eyes.