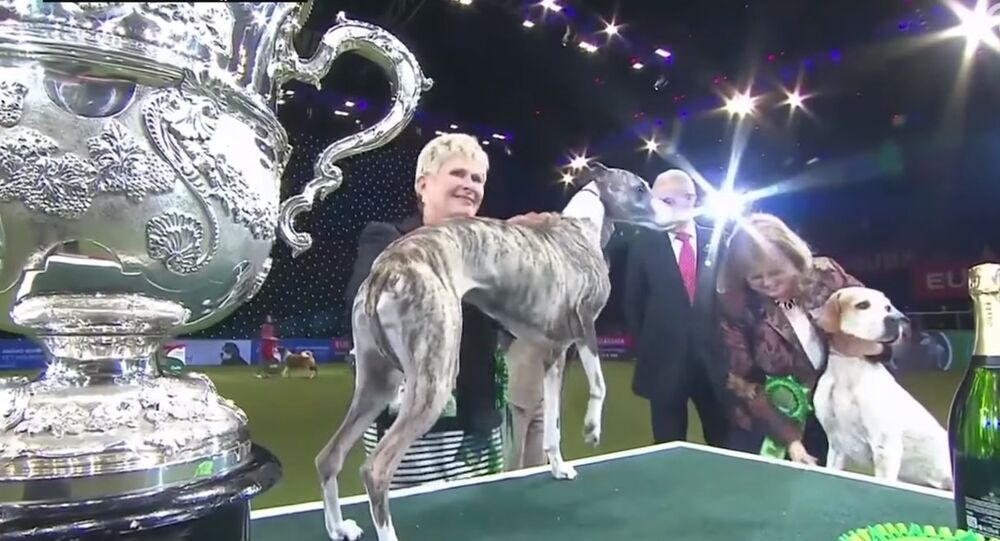 Two intruders, reportedly members of the famous animal rights organization, stormed the arena of the Crufts show in Birmingham, just as the winner was claiming her prize.

PETA (People for the Ethical Treatment of Animals) later tweeted the footage, describing what's going on at the show as "canine eugenics" and saying the activists were protesting against "extreme breeding."

As for the winner, Yvette Short form Edinburgh, her firs instinct was naturally to protect her most prized possession: a two-year-old whippet, Tease.

#Crufts drama when security had to tackle an invader after Best in Show was presented. Look how fast security grabbed the trophy pic.twitter.com/uKPXB61CDh