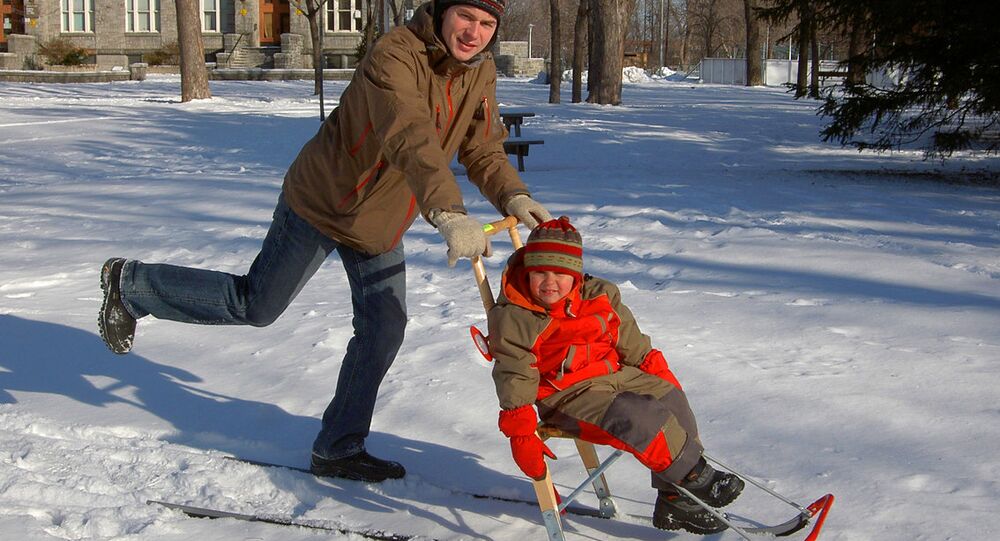 The kicksled, usually found in Finland and Scandinavia, is the most popular form of winter transport in the village of Tumbotino in Russia's Nizhny Novgorod region.

For some, it is just a winter fun, but for others it is one of the means of transportation in Tumbotino village, Nizhny Novgorod region. Residents of the sleepy hamlet use Finnish kicksleds as an alternative to municipal transport, they go shopping, get to work and take their children to kindergartens on kicksleds.

Here they are called "finki." According to a local story, the sled, which is a kind of stool on skids, appeared in the village more than half a century ago, they were brought from Finland as a trophy from the battlefields of the Second World War.