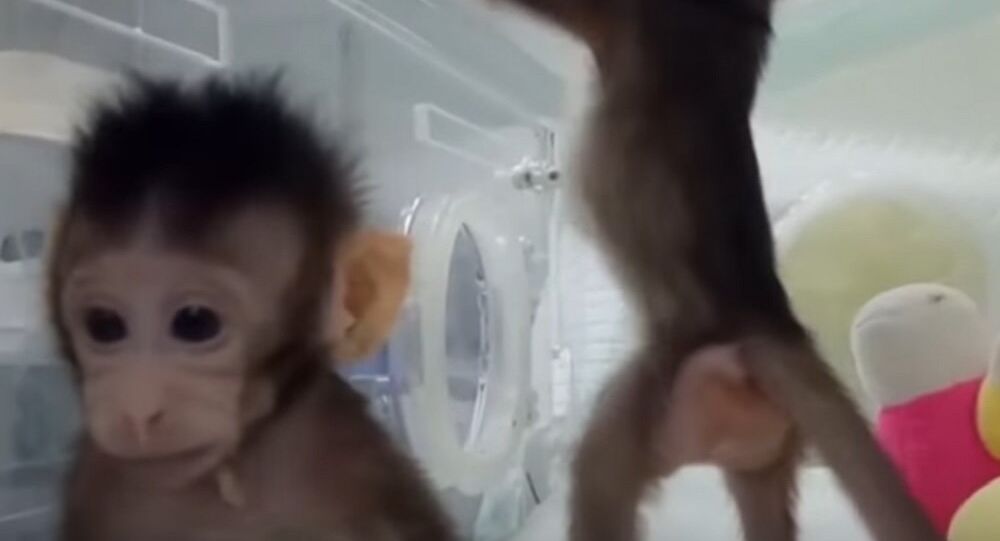 Scientists of the Shanghai Neuroscience Institute at the Chinese Academy of Sciences were the first in the world to clone two genetically identical long-tailed macaques using the somatic cell nuclear transfer method - the so-called "therapeutic cloning".

Both of two long-tailed monkies are genetically identical, with the first one being born on November 27, 2017 and the other — on December 5.

However, despite the success in the cloning of primates, Chinese scientists do not intend to apply this technology to human cloning, something that in their opinion, is beyond the scope of social ethics, Xinhua news agency reported on Friday.

"We do not have plans for human cloning, and social ethics will not allow this practice in any case," Pu Mumiy, one of the authors of the study and the head of the Institute of Neurological Research at the Chinese Academy of Sciences said.

As the scientist explained, the study on macaques was implemented in order to better understand and find a way to treat human brain diseases, for example, autism and Alzheimer's disease.