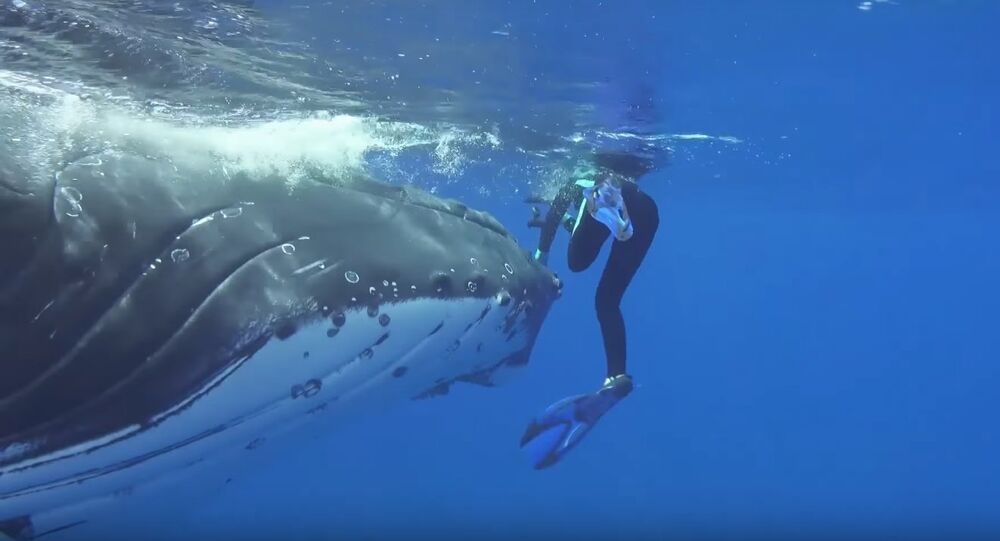 Whale biologist Nan Hauser was snorkeling near the Cook Islands in the South Pacific when a humpback whale saved her from a nearby tiger shark. The stunning moment was caught on video by the woman and her team.

While the unsuspecting snorkeler was making friends with the whale, she didn't notice that a tiger shark swam towards them. Noticing the predator, the whale suddenly pushed Nan with its head and covered her with its pectoral fin. At one point, the marine mammal even lifted the 63-year-old biologist out of the water on its back.

According to the woman, the whale's strange behavior lasted almost ten minutes; despite the fear of serious injury or even drowning, Hauser tried not to panic. She said that there was another whale in the vicinity, and it also tried to drive the shark away, the biologist later realized.

Hauser believes that it is a natural instinct for whales to protect other living things — an intuitive behavior that could be compared to firemen, being willing to rush into a burning house to save the lives of people they do not know.

Diver vs Shark: A Deadly Fight for Fish Caught on Video