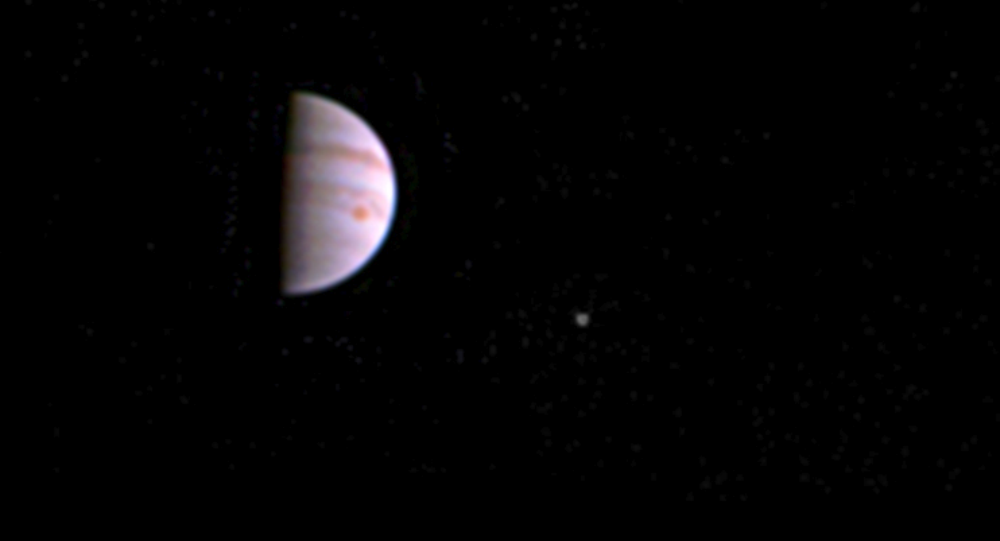 This impressive giant near neighbour of a planet which is named after the king of the Roman gods is especially glorious at this period in its orbit as it moves to reaching opposition - when it will lie opposite to the Sun in the sky - on 20 August.

A policewoman from Glasgow was leaving the station last Tuesday when she spotted a bright spooky object in the sky which she thought was “following her” throughout her late night journey and she became convinced it was a drone.

In a series of twists and turns that will probably haunt her for the rest of her days, the policewoman tried to escape the mysterious follower but to no avail and, according to the Daily Record, she eventually decided she had no alternative but to call the general Police Scotland helpline. She said that she was being followed by a drone along the M8 motorway which she just “couldn’t lose” and was told to return to the station and report to her senior officer.

According to a police source, the officer was “very alarmed and spooked” by her supposed follower and her bosses found her shaking in the police yard covered in a hood while trying to hide from the “drone” as she tremulously pointed to a bright object in the sky. It was then she was told it was Jupiter, a planet that is currently easy to see by sky gazers.

“The story is the talk of the steamie at her station. Nobody can quite believe it,” the police source told the Daily Record.

“Everyone was quite concerned so you can imagine the red face and embarrassment felt when it was pointed out that the bright light following her was a planet millions of miles away,” the source added.

It is said that it was around midnight that the dozy policewoman left the station that night. She is in her second year of training.

According to a retired deputy chief constable Tom Wood, there is a big chance that the young officer “will probably find herself with a nickname for the rest of her career".

“The story will be told in years to come. The real test is how she handles it,” Wood said.

The report didn’t name the officer but a Police Scotland spokesman told the paper that “officers quickly decided there was no criminality and were able to reassure the woman involved.”

Jupiter is expected to get even brighter next month as it will reach an opposite part of the sky from the Sun on 19-20 August. Let’s hope the police are made aware of that planet's trajectory so that no other alarms are raised for non-existent followers.