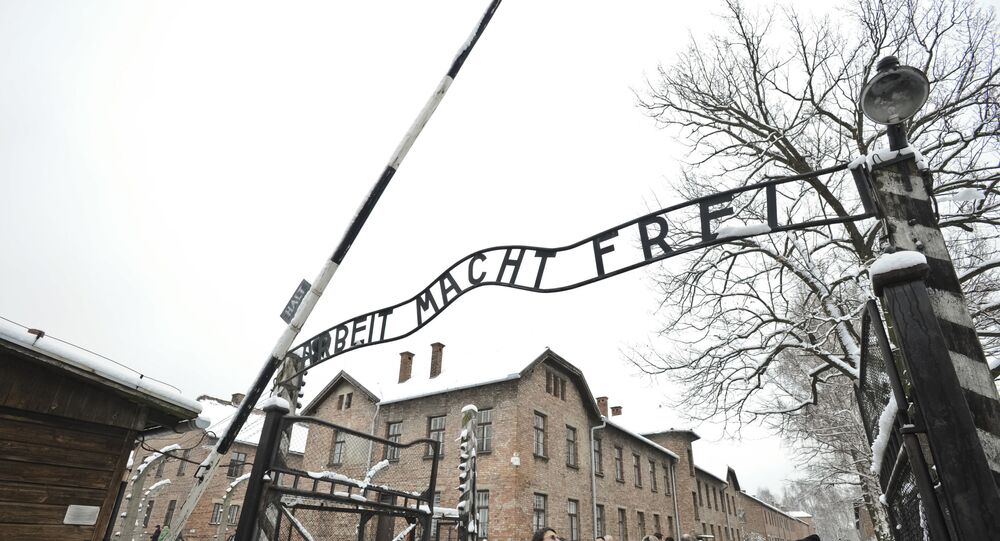 Board of Deputies of British Jews President Marie van der Zyl warned MPs not to make "extremely inappropriate" comparisons with Nazism, and pointed out that Hitler wrote of "exterminating" Jews eight years before he came to power.

A Scottish Nationalist has apologised after claiming the Holocaust was not part of Nazi leader Adolf Hitler's "manifesto" in an ill-judged jibe at modern politicians.

Scottish National Party (SNP) MP Peter Grant made the "abhorrent" comparison in an angry response to a tweet by former Times editor and broadcaster Andrew Neil, a fellow Scotsman.

Neil re-tweeted a post from the Auschwitz-Birkenau Memorial and Museum in Poland on Thursday, adding that allegations of "fascism" are nowadays "bandied about today like confetti by the ignorant, ludicrously devaluing the word of any meaning".

"You're more right than you care to admit", Grant wrote in a since-deleted reply to Neil. "Murdering babies wasn't on the Nazi manifesto".

"Not until they'd been in power several years & stoked up fear & hatred against innocent citizens. Then, and only then, did they show their true colours", he added.

But Board of Deputies of British Jews President Marie van der Zyl warned Grant and other MPs not to make "extremely inappropriate" comparisons with Nazism, and pointed out that Hitler wrote of "exterminating" Jews eight years before he came to power.

“In reality, Hitler was always open about his aims – in 1925, well before the Nazis came to power, he had already written in Mein Kampf about the need to 'exterminate … the international poisoners of our people' and how thousands of Jews should have been 'subjected to poison gas'", van der Zyl said.

© CC BY-SA 3.0 / Supfab76 / Soviet War Memorial (Tiergarten)
Steinmeier Lays Wreath at Berlin's Soviet War Memorial on 80th Anniversary of Nazi Attack on USSR
Mein Kampf (My Struggle) was Hitler's autobiography and manifesto written while he was in prison for leading the failed Munich Beer Hall Putsch against the German Weimar Republic in 1923.

Neil replied on Friday morning that Grant had made a "A bizarre, historically inaccurate tweet. Best deleted".

The nationalist MP did indeed delete the post later on Friday, tweeting an apology, which Neil accepted.

​"This tweet was absolutely abhorrent and beyond the pale", Conservative MSP Stephen Kerr said. "For an elected SNP MP to post this was hugely offensive as well as being completely inaccurate".

“It beggars belief that any elected representative would think this sort of language was appropriate as part of a political debate. It has absolutely no place in civil discourse", Kerr added. “This was a warped tweet and gave a worrying insight into what this SNP MP believes."

The SNP was founded in 1934 with the aim of splitting Scotland off from the UK. The separatist party lost the 2014 referendum on the issue by a margin of more than 10 percent, but has used the UK's 2016 vote to leave the European Union as a pretext to demand a repeat of the vote, claiming most Scots want to re-join the bloc, dominated by Germany and France.

SNP Westminster leader Ian Blackford accused Prime Minister Boris Johnson last month of leaving "hundreds of thousands of EU nationals" living in Britain who have failed to apply for the settled immigration status offered to them in "limbo" by not extending a deadline for applications that expired on 30 June. This week, Blackford tried to blame the government for online racist abuse directed at black England football player.

As a political and economic union of existing nation-states, the EU does not have citizens of its own.