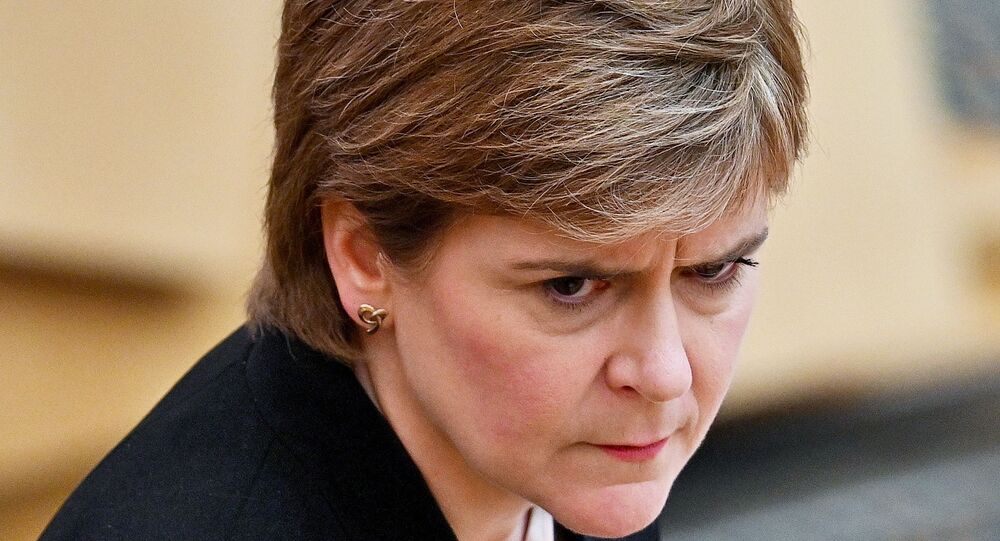 The SNP has now raised over £666,000 since 2017 from supporters for independence campaigns, but has conceded that only £57,000 was spent on campaigning on its promise for a repeat of the 2014 independence referendum that it lost, 55 to 45 percent.

Police Scotland said it had opened a criminal investigation into the Scottish National Party, whose leader, Nicola Sturgeon, is first minister of the devolved regional government, based in Edinburgh.

"Police Scotland has now received seven complaints in relation to donations that were made to the Scottish National Party," an official statement said. "After assessment and consultation with the Crown Office and Procurator Fiscal Service, we will now carry out an investigation. Enquiries are continuing and anyone who has any information which may assist with this investigation is asked to contact police."

A formal complaint was filed in April by an unnamed independence activist said to be angry at the separatist party's failure to account for the money.

The SNP has now raised over £666,000 since 2017 from supporters for independence campaigns, but has conceded that only £57,000 was spent on campaigning on its promise for a repeat of the 2014 independence referendum that it lost, 55 to 45 percent.

Then-SNP treasurer, Douglas Chapman MP, and three members of its finance and audit committee resigned in May after the party refused to let them examine party finances. Another SNP Westminster MP, Jo Cherry, also quit over the row.

The funds were raised by the SNP through donations from members and supporters.

© REUTERS / Jeff J Mitchell/Pool
‘Jockdown’ to Zero?: Scottish First Minister to Announce End of COVID-19 Rules
The party pledged the money would be "ring-fenced" for campaigning in a repeat of the 2014 vote. But when the party's accounts for 2019 were published the following year, it only had £96,854 in its bank account and petty cash — down from £411,000 in 2018.

The party's national treasurer at the time, Colin Beattie, claimed the money was "woven through the overall income figures" in the accounts — which listed total net assets of just under £272,000. But he also boasted that the party had spent £1.4 million that year on winning three seats in the May European Parliament election — who promptly lost their jobs when Britain left the European Union in January 2020 — and 35 MPs in the December UK general election.

The Crown Office and Procurator Fiscal Service, Scotland's public prosecution, is headed by Lord Advocate Dorothy Bain — who sits as a member of Sturgeon's cabinet.

The potential conflict of interest in that arrangement was highlighted by the case of former SNP leader and First Minister Alex Salmond, who avoided prosecution for rape and sexual assault after an official Holyrood inquiry by Sturgeon's administration collapsed at a purported cost of over £500,000.

The SNP, according to some reports, used the 2016 UK vote to leave the European Union (EU) as a pretext for a second vote on the basis that a majority of Scotland's 5 million inhabitants voted to stay in. But the move would need the approval of the national parliament in Westminster, where pro-unionist parties dominate. Nevertheless, the nationalist party vowed to use the money raised — and since allegedly spent — to fight legal battles in a bid to force a new referendum.

David Cameron, the former Conservative prime minister who approved the 2014 plebiscite, said at the time that it was a "once-in-a-generation" vote. Current Prime Minister Boris Johnson rejected holding a repeat, while Cabinet Office Minister Michael Gove ruled it out in the lifetime of the current Parliament — as Sturgeon has pledged.