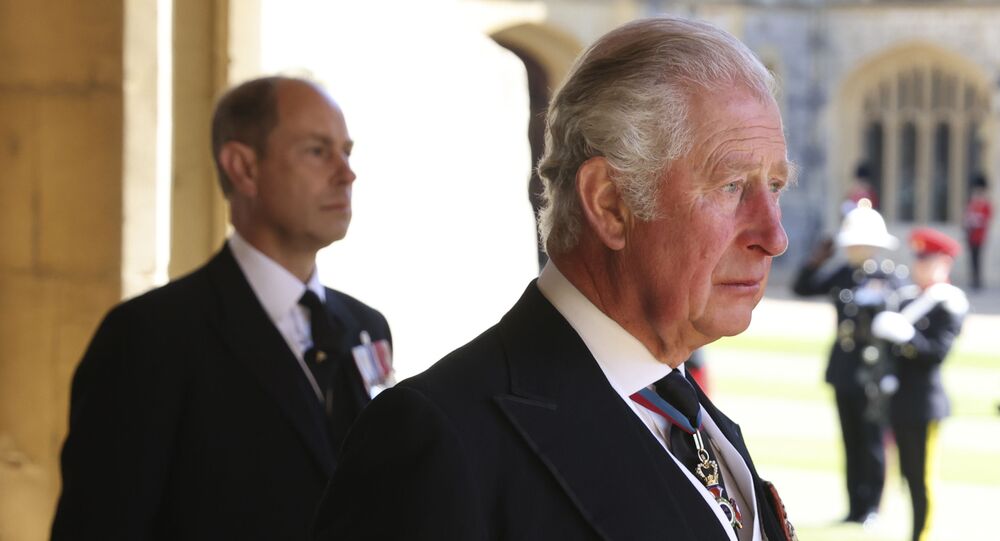 Prince Edward, the Queen and Prince Philip’s youngest son, was granted the earldom of Wessex on his wedding day in 1999. It was believed that he would eventually become duke of Edinburgh upon the death of both of his parents and Prince Charles’ accession to the throne.

Prince Charles, who assumed his father’s duke of Edinburgh title upon Prince Philip’s death in April, is not particularly interested in handing the dukedom down to his youngest brother Prince Edward, despite both his parents promising the title to him, according to The Sunday Times.

The title, that was granted to Philip by his father-in-law King George VI in 1947, was automatically passed to the Queen's eldest son Charles in line with royal tradition set out in the Letters Patent. When Charles ascends to the throne following his mother's death, the title will merge with the Crown and it will be up to the monarch to decide who receives it.

Back in 1999, when Prince Edward tied the knot with Sophie Rhys-Jones, he was named the earl of Wessex rather than “duke” like his older brothers – apparently in expectation that his dad’s title would one day be given to him.

The Queen and duke of Edinburgh announced back then that they have agreed that Edward “should be given the Dukedom of Edinburgh in due course, when the present title held now by Prince Philip eventually reverts to the Crown.”

Edward, 57, admitted himself last month that his father was very keen on passing him the title, even though “theoretically” it should have been promised to Prince Andrew. However, he already conferred the dukedom in 1986 upon his marriage to Sarah Ferguson so Prince Philip made the “stunning” offer of the title to the soon-to-be married Edward and Sophie back in 1999.

“We sat there slightly stunned,” Edward’s wife Sophie told The Daily Telegraph in June. “He literally came straight in and said, ‘Right. I’d like it very much if you would consider that’.”

Edward said that he found the idea “lovely."

However, sources now tell The Sunday Times that Prince Charles, who is not exactly Britain’s favourite royal, is reluctant to promise the title to his brother:

“The prince is the duke of Edinburgh as it stands, and it is up to him what happens to the title. It will not go to Edward,” one insider reportedly close to Prince Charles said.

Another added: “Edinburgh won’t go to them [the Wessexes] as far as the prince is concerned.”

Prince Edward, Earl of Wessex, said he stays "way out of" the royal rift when asked how he was coping in an interview with the BBC.

He said: “I stay way out of it. It’s much the safest place to be.” pic.twitter.com/CYEIn6zWEL

Buckingham Palace declined to comment on the report, while a spokesman for Prince Charles’ Clarence House said that they were not willing to speculate on the topics related to the accession: “no final decisions have been made."

Prince Edward has seen his popularity rise following his father’s death – previously out of the limelight, he has recently given a series of interviews about Prince Philip’s legacy and the development of the Duke of Edinburgh's Award, and was even the first royal to publicly comment on the Megxit scandal.

In an interview with the BBC last month, the earl of Wessex admitted, however, that he was not sure whether he will ever receive the duke of Edinburgh title his father was so passionate about:

“It was fine in theory, ages ago when it was sort of a pipe dream of my father’s... and of course it will depend on whether or not the Prince of Wales, when he becomes king, whether he’ll do that, so we’ll wait and see. So yes, it will be quite a challenge taking that on,” Edward candidly said.

Nothing is certain yet and Prince Charles may eventually decide to pass the title onto his younger sibling or any other royal relative when he becomes king. Moreover, he could simply leave it in abeyance for the time being, as there's not much rush when it comes to royal titles, as history shows.