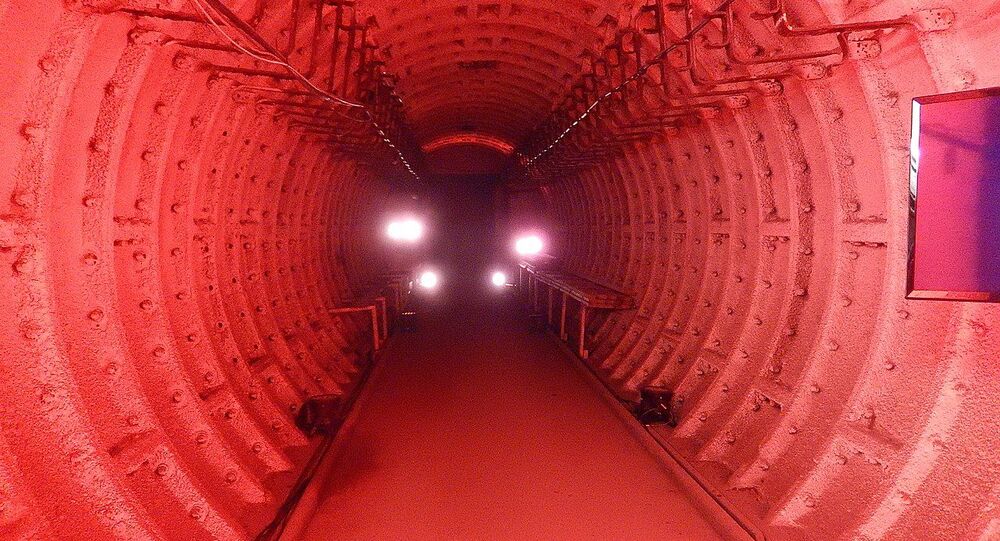 The bunker was decommissioned in the early 1980s before being bought by a private owner in 2005.

Now it's time to have a look at what the Scottish media has described as a "creepy" military bunker built to accommodate Queen Elizabeth II in Scotland's capital in the event of a nuclear war. The latter being an abandoned facility that was restored last year after it was ravaged by fire in late 1982.

The photos show the inside and the outside of the now-abandoned Branton Quarry Nuclear Bunker that was built in the 1940s before being expanded in 1952.

The 30,000-square foot (2,787-square km) underground building was even equipped with a BBC broadcasting studio and is currently known as one of the largest subterranean military sites in the UK.

Buried 100 feet (30 metres) beneath Corstorphine Hill in Barnton Quarry, the three-storey bunker was designed to house the Queen and members of the UK government along with the military, the police, fire, and ambulance services as the official seat in Scotland in case of a nuclear attack.

Luckily, this worst-case scenario never happened and in 1963, the facility was declassified by a group called Spies for Peace, who exposed the bunker to the public.

The group of activists photographed and copied documents they found in the bunker, publishing their findings in a pamphlet called "Danger! Official Secret RSG-6", an apparent reference to the building's secret code name.

The bunker was decommissioned in late 1982 and then purchased in 2005 by a private owner who intends to turn it into a museum, despite the facility having repeatedly been explored by spelunkers.