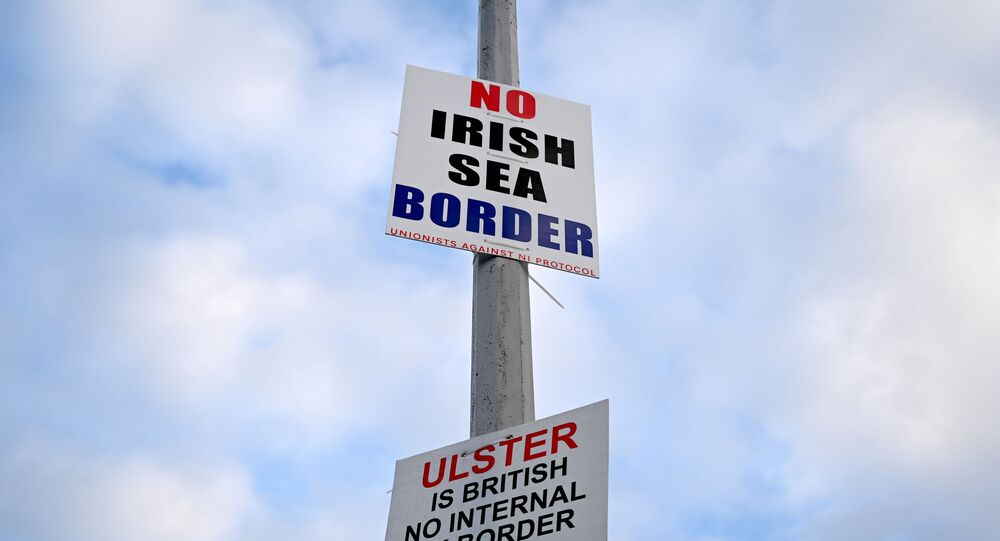 LONDON (Sputnik) - The Belfast High Court ruled out a legal challenge on Wednesday against the Northern Ireland Protocol launched by unionists across the United Kingdom, and stated that the post-Brexit mechanism agreed on by London and Brussels to protect the European Union's single market and customs union is lawful, UK media reported.

According to the Belfast Telegraph, upon delivering his ruling, judge Adrian Colton conceded that the protocol is in conflict with the Act of Union, but rejected the argument of the Democratic Unionist party and others that it breaches the 200-year-old law.

The judge also ruled out that the post-Brexit trade arrangements breached key provisions of the 1998 Good Friday Agreement that put an end to the armed conflict in Northern Ireland.

Although there is no hard border between the British province and the Republic of Ireland, all goods and animal-based products coming from Great Britain must be checked upon arrival to Northern Ireland to comply with the EU sanitary regulations, leading to delays in the arrival of products and protests from unionists who fear the deal could damage British sovereignty over the province.