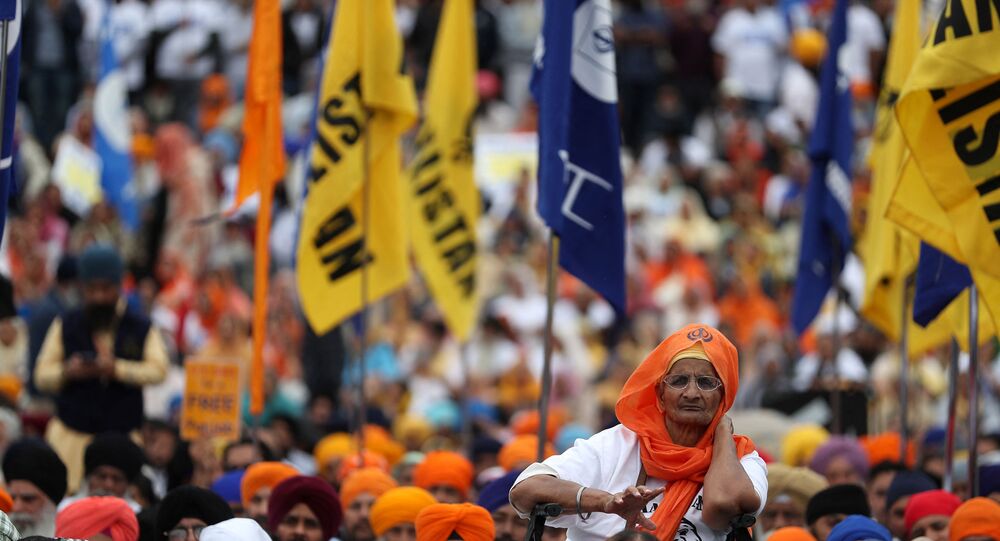 The United Kingdom has nearly half a million followers of the Sikh religion that originated in the Punjab region of South Asia. Some 200,000 to 300,000 Sikh devotees live in London, making it the largest Sikh community in the UK.

Sputnik is live from London where members of the Sikh community have gathered to take part in a march commemorating the 1984 massacres in India.

Between 1 and 10 June 1984, the Indian armed forces, acting on an order by then-Prime Minister Indira Gandhi, stormed the Golden Temple in Amritsar to arrest Sikh leader Jarnail Singh Bhindranvale, who sought autonomy for the state of Punjab.

The raid cost the lives of thousands of people. Several months after the storming, Gandhi was assassinated by two of her Sikh bodyguards.