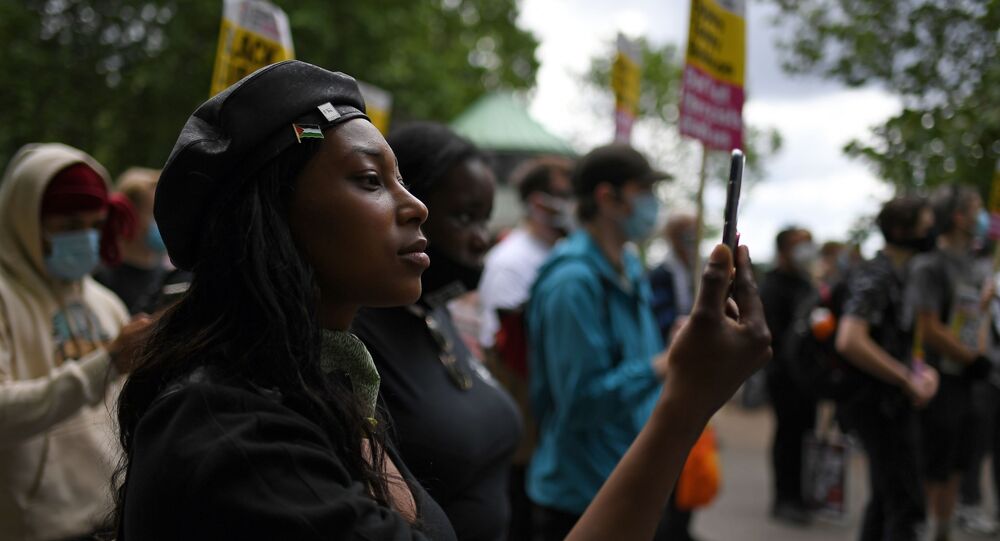 The BLM activist was shot in the head on Sunday morning during a party in Peckham. According to reports, four black men breached the garden party and fired two shots, wounding her.

A black teenager named Cameron Deriggs has been charged with conspiracy to murder following an assault on Black Lives Matter activist Sasha Johnson.

The 18-year-old from Bromley Hill, Lewisham, was among 5 men arrested on Wednesday, as police suspected them of being linked to the shooting. However, four of them were released on bail, while Deriggs remains in custody and will be appearing before Westminster Magistrates Court Saturday.

© REUTERS / Hannah McKay
People take part in a vigil for Sasha Johnson, a BLM activist, who was shot in an early morning attack near her home in Peckham, in Ruskin Park, London, Britain, on 24 May 2021.

Johnson, who is a founder of the Taking the Initiative Party (TTIP), remains in a hospital in critical condition after she was shot in the head last Sunday at a garden party on Consort Road, SE15. Four black men barged into the back garden through a side gate and fired two shots.

While TTIP claims the shooting occurred "following numerous death threats as a result of her activism", police do not believe she was a target of a coordinated attack.