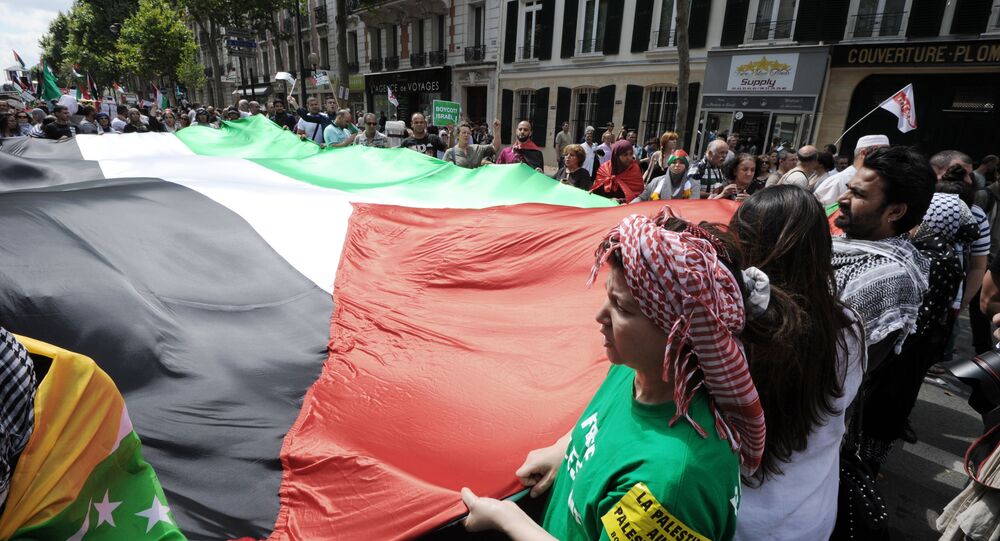 LONDON (Sputnik) - The shutdown of a drone factory run by Elbit Systems, Israel's largest private arms manufacturer, in the English city of Leicester goes on into its second day as pro-Palestinian protesters remain on the roof of the building, a member of the group behind the protest told Sputnik.

The protest comes amid the worst violence between Israel and Palestinians in recent years.

"There're still supporters on the ground and activists are still on the roof and it doesn't look they are coming down any time soon, so the factory is closed for the second day," Palestine Action co-founder Huda Ammori said.

​The activist explained that although the pro-Palestinian group has targeted other Elbit’s factories in the UK before, this is the first time a protest takes place in Leicester, a city in England’s East Midlands region.

"But it is definitely not the last [protest] and we're planning to continue actions in all those factories until all Elbit's factories are shut down for good," Ammori said.

Palestine Action claims that Elbit’s is funnelling arms to Israel, which is using them to commit war crimes in Gaza.

"With the IDF targetting civilian areas, healthcare premises and key infrastructure, the war crimes being committed rely on technology produced at Elbit sites across the UK," the group said in a statement.

According to Ammori, the Leicester police have not been able to remove protesters from the factory’s roof because the city’s fire service refused to assist the officers with their equipment in solidarity with the pro-Palestinian protest.