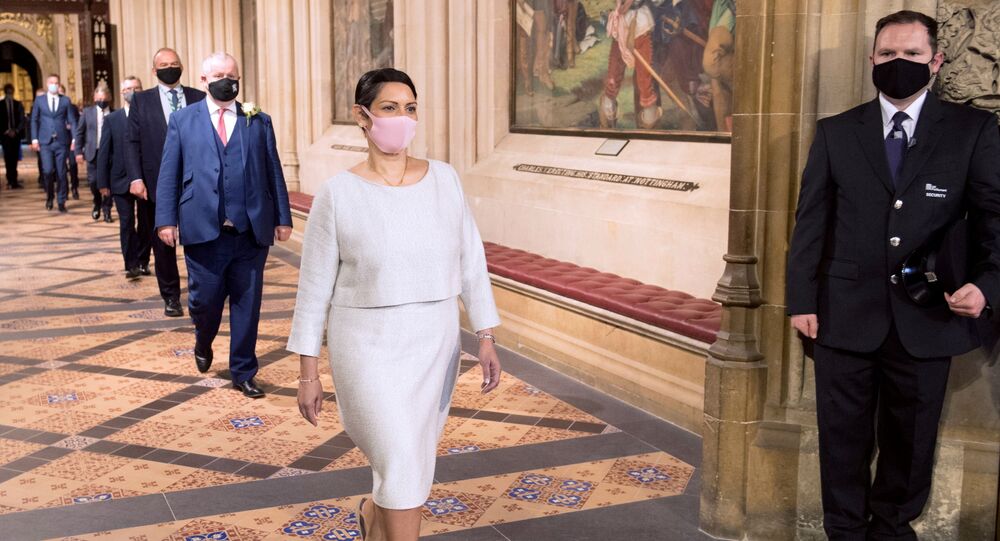 While a spokesman for Patel argued that she “rightly followed up representations made to her about the vital supply of PPE,” Labour is accusing her of “a glaring and flagrant breach of the Ministerial Code.”

UK Home Secretary Priti Patel is in hot water for lobbying on behalf of a healthcare company for a lucrative PPE deal amid the global coronavirus pandemic, the Daily Mail reports.

According to the newspaper, their investigation revealed that in April 2020, Patel lobbied Cabinet Office minister Michael Gove “over a £20 million contract for surgical masks for Pharmaceuticals Direct Ltd” – after she was approached by her former adviser Samir Jassal.

While Health Secretary Matt Hancock decided that the masks were "not suitable for the NHS," the company was later awarded a £102.6 million "no-bid, no-competition deal" to supply "a better type of mask."

Patel allegedly didn't report that she was approached by Jassal, who played a key role in negotiating the deal, or about his links to the company, with the newspaper noting that the masks were priced at "almost twice the Government's 'benchmark' rate."

While the deal is currently being challenged in a High Court judicial review, a spokesman for Patel argued that she "rightly followed up representations made to her about the vital supply of PPE."

"During a time of national crisis failure to do so would have been a dereliction of duty," the spokesman said.

However, the Labour Party insisted in a letter penned to Cabinet Secretary Simon Case that "it is difficult to reach any conclusion other than that the Home Secretary lobbied the Government on behalf of PDL as a favour to her friend, Samir Jassal.”

"This would represent a glaring and flagrant breach of the Ministerial Code," said the letter signed by the party’s Deputy Leader Angela Raynor and Shadow Home Secretary Nick Thomas-Symonds.

They further insisted that "the Home Secretary was lobbying for huge amounts of taxpayers' money to be spent on PPE that was unsafe for use by frontline NHS staff," and that "the public has a right to know" why Patel "lobbied ministers on behalf of a client of Samir Jassal, her friend, former 'adviser' and a prominent Conservative Party activist."

The newspaper also points out that constitutional expert Sir Jeffrey Jowell QC said: "A Government minister who makes representations to another minister, with the objective of furthering the financial interests of a former employee and friend, and without disclosing the connection, is in breach of the Ministerial Code."