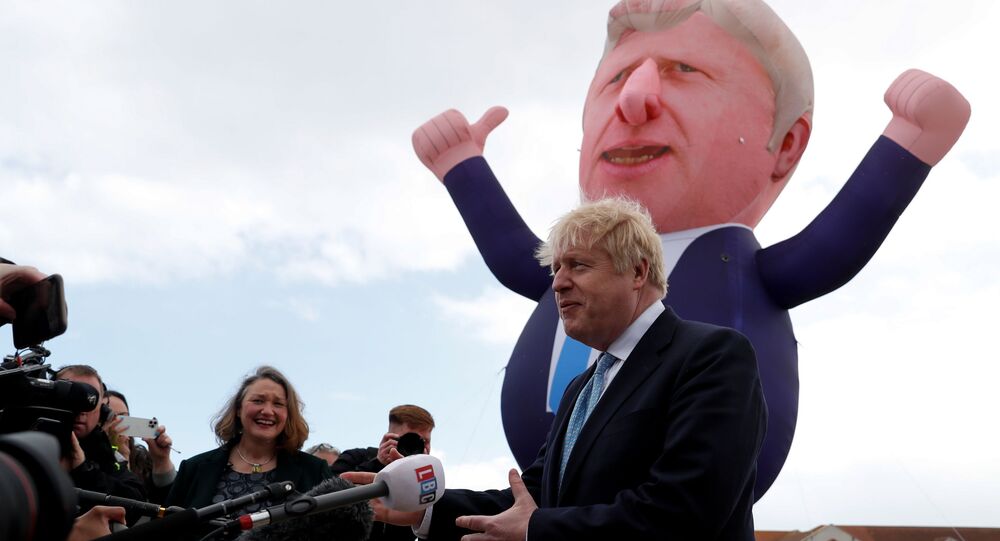 Britain's Labour Party has been hit by a third high-profile resignation in a week following its shocking defeat by the Tories in the Hartlepool by-election.

Andrew Bridgen said in his witness statement that Hollern approached him on May 21, 2019, in the House of Commons, accusing him of having an affair with the plaintiff identified as 'Ms A' — and threatening to leak that smear to the press.

Hollern claimed “Everyone is saying in the Labour party that you are having an affair with her and if I were you I would keep away from her, because you have a wife and baby and you would not want to lose them if it got in the papers,” Bridgen said.

“Andrew Bridgen called me to tell me that Kate Hollern had approached him in parliament and pulled him to one side," Hill's accuser said in her own statement. "Mr Bridgen told me Ms Hollern tried to warn him off from helping me by using scare tactics."

Hollern said "many in the Labour Party were of the opinion that Mr Bridgen and I were having an affair and she advised him to keep away from me as it would be a shame if it got out in the papers as he had a lovely wife and new baby — Mr Bridgen told her she was talking nonsense and to go away.”

On Tuesday, the tribunal heard that Hill wrote to 'Ms A' to tell her how much he desired her body, and sent her messages saying: “I love you” and that he “wanted a sexual relationship”.

The plaintiff said Hill got into bed with her uninvited on two occasions, then rubbed his erect penis against her buttocks and fondled her breasts, despite earlier promising not to continue his attempts to seduce her.

'Ms A' approached Bridgen for help over the alleged incidents on several occasions in 2018 and advised her to speak to lawyer.

Hollern claimed to The Guardian she had not intended to stop 'Ms A' getting support, and that sexual harassment claims should be taken seriously.

“It was never my intention to undermine the support the complainant was receiving, which I was unaware of at the time, if that is what Mr Bridgen was led to believe," she said. "I apologise for my error in judgment in having the conversation.”

Hill was briefly suspended by the Labour leadership in October 2019 after the allegation became public, but was reinstated the next month in time to defend his Hartlepool seat the 2019 general election.

But the MP stepped down earlier this year as the case headed towards an employment tribunal, triggering a by-election on May 6 that Tory candidate Jill Mortimer won by a landslide with more than half the vote.

Hollern's resignation came just a day after Labour leader Sir Keir Starmer's own PPS, Swansea East MP Carolyn Harris, quit after the Times reported allegations by senior Labour sources that she spread "salacious" smears about the private life of deputy leader Angela Rayner. Starmer sacked Rayner from her job as part chairwoman on Sunday as part of his frontbench reshuffle in the wake of the disastrous May 6 local and regional election results.

But Birmingham Perry Bar MP Khalid Mahmood did not even wait for that reshuffle, resigning as shadow defence secretary on Saturday with a warning that Labour had been taken over by the "London-based bourgeoisie".