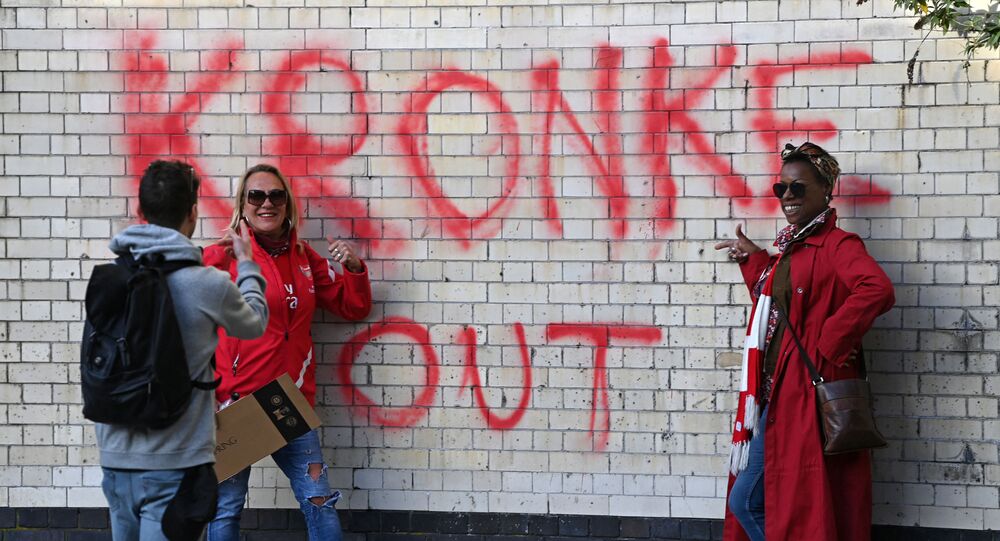 Protests against the club's owner have intensified in recent weeks following the failure of the European Super League project, which Kroenke signed Arsenal up for.

Watch a live broadcast from London, where Arsenal fans are protesting against the club's owner Stan Kroenke outside the Emirates Stadium on Thursday, 6 May.

This comes hours before the club's UEFA Europa League semi-final second leg match against Villarreal. The protesters are demanding that American billionaire Stan Kroenke sell the club; he currently owns Arsenal and recently signed it up for the European Super League project, which failed shortly after its launch amid widespread public condemnation.

If Kroenke gives in, Swedish co-founder and CEO of Spotify Daniel Ek is among the potential buyers.