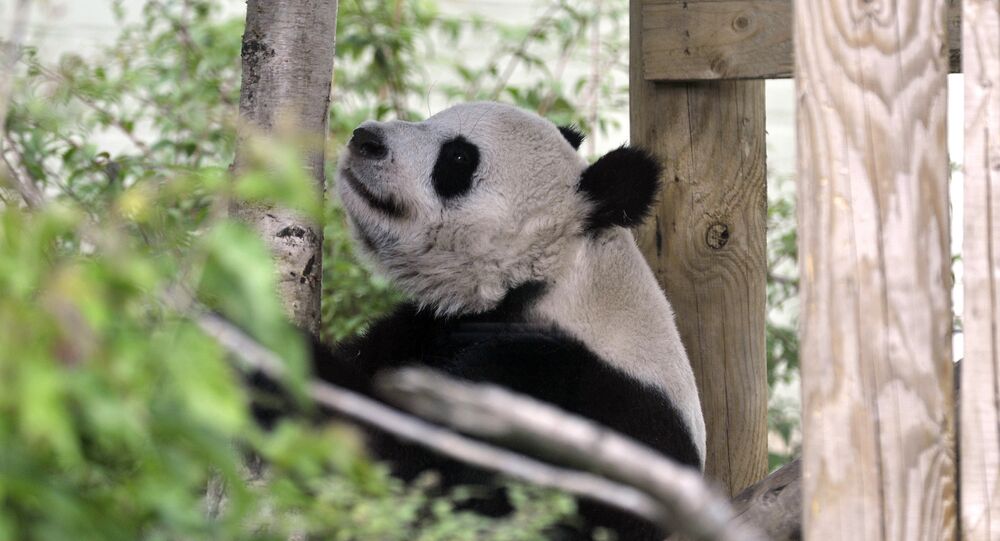 Them Too? Scottish Zoo Accused of 'Sexually Assaulting' Pandas for 'Human Amusement'

Protesting the alleged treatment of pandas at the zoo, PETA insisted that the “only real hope” for these creatures “lies in protecting their rapidly disappearing natural habitat.”

Activists from the People for the Ethical Treatment of Animals (PETA) slammed Royal Zoological Society of Scotland (RZSS) for allegedly abusing two giant pandas currently kept at the Edinburgh Zoo.

According to the Edinburgh Live, this development comes as the female panda, Tian Tian, got artificially inseminated this month, with it being the eighth such procedure since her arrival from China; the male panda, Yang Guang, is infertile following a treatment for testicular cancer.

While the zoo now apparently seeks to extend its lease of the pandas, the media outlet notes, citing leaked emails seen by The Times, that PETA accused RZSS for "sexually assaulting" the animals for the sake of the entertainment of the public.

"Pandas are not breeding machines but individuals, and they should not be sexually assaulted to produce babies for human amusement and display," the NGO said. "Young animals are destined to spend the rest of their miserable lives imprisoned between four walls — all so zoos can turn a profit."

The group also insisted that "the only real hope for pandas lies in protecting their rapidly disappearing natural habitat".

RZSS CEO David Field, however, insisted that Tian Tian’s "dedicated keepers and vets have been working closely with her for many years and will always put her welfare first".

"Yang Guang and Tian Tian have made a tremendous impression on our visitors over the past nine years, helping millions of people learn about the threats animals face in the wild and inspiring them to take an interest in wildlife conservation," he said. "Their power to connect with people with nature and encourage behaviour change is invaluable."

Field also argued that Earth now faces an "extinction crisis," and that "it is more important than ever before for everyone who cares about animals and the environment to pull together".

While China claims ownership of nearly all giant pandas in the world, it offers these creatures to other nations on 10-year loans.