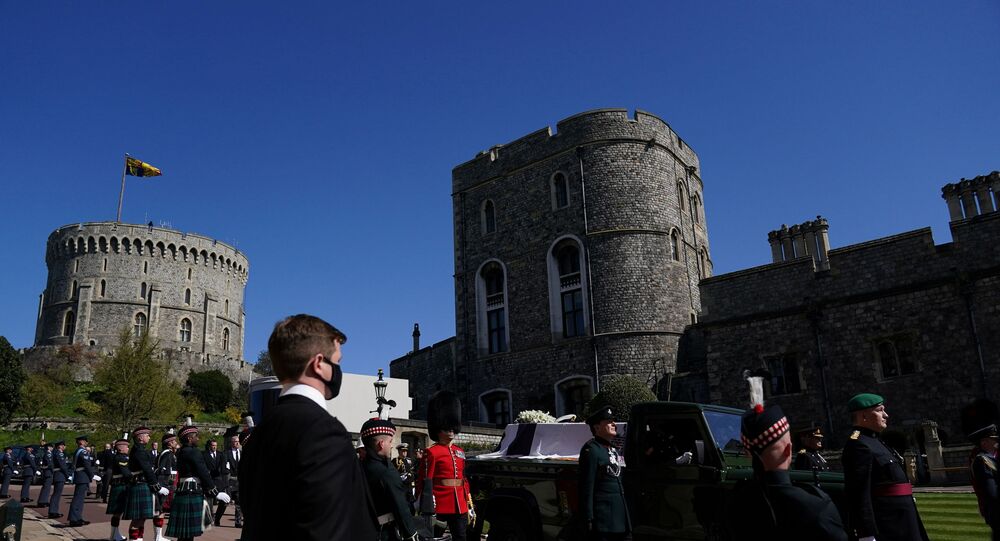 The police have arrested a topless woman outside Windsor Castle, where the funeral ceremony for late Prince Philip was taking place, The Independent reported.

According to the media outlet, the woman staged a one-person protest just after the minute of silence, running onto the road and shouting "Save the Planet".

Law enforcement rushed to detain her after she jumped onto a statue of Queen Victoria at Castle Hill.

Officers were later spotted retrieving clothes that apparently belonged to the woman.

A video of the incident was shared online in which the police are seen taking the woman, now wrapped in a blanket, away from the scene.

​The Duke of Edinburgh, the longest-serving consort of any British monarch, died on 9 April at the age of 99. He was buried at St George’s Chapel at Windsor earlier today.