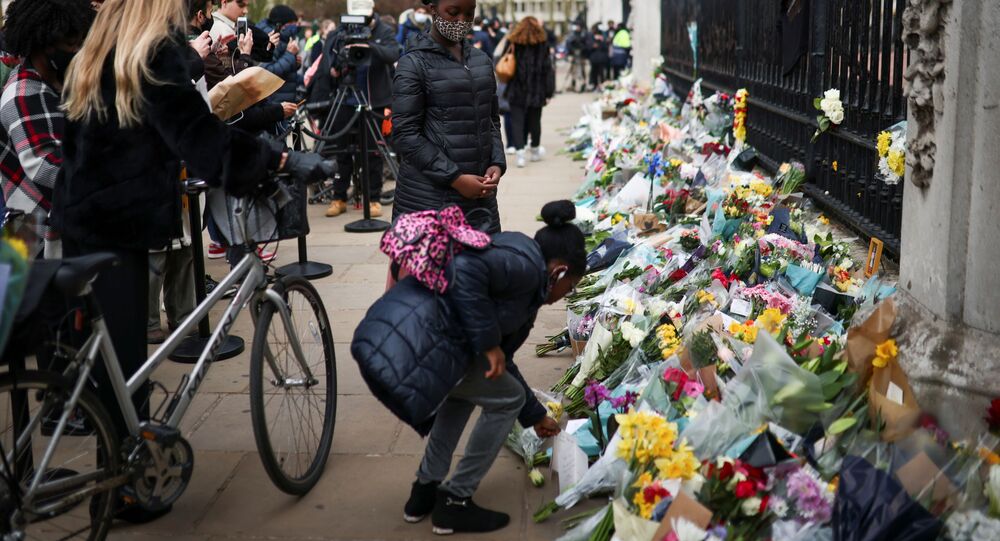 How Will the UK Observe Eight Days of National Mourning for Prince Philip?

The suspension of all royal duties, along with the "purdah" period being observed by Parliament out of respect for Prince Philip's passing on Friday, mean that no new laws can be passed in Britain for almost a fortnight.

Britain has begun an eight-day period of national mourning for Prince Philip, but what does that mean?

The official mourning will last until 8 p.m. on Sunday 18 April, the day after the royal consort's low-key funeral at Windsor Castle — in line with his wishes and current COVID-19 restrictions.

Well-wishers have been asked not to try to attend the funeral service in any way. Many people have already flocked to London's Buckingham Palace, Windsor Castle, and other royal residences to pay their respects and lay floral tributes to the Duke of Edinburgh.

Churches and public buildings would customarily open books of condolence for the public to sign, but they have been replaced with online versions.

National flags, including the Union Jack and the flags of the four home nations of England, Scotland, Wales, and Northern Ireland will fly at half-mast on all public buildings during the period. But the Royal Standard, the Queen's personal flag, is never flown at half-mast.

Queen Elizabeth II herself will observe two weeks of mourning for her husband, who passed away on Friday morning at the age of 99, along with the rest of the Royal Family.

As a result all royal duties will be suspended — including giving royal assent to new Parliamentary legislation — until 22 April. But Westminster will also observe a period of "purdah", with votes on new legislation suspended.

© AP Photo / Adrian Dennis
Operation Forth Bridge: Plan for Prince Philip's Death Put Into Action
Parliament has scheduled a special debate on Monday afternoon for tributes to the Duke of Edinburgh, and Prime Minister Boris Johnson has cancelled his plans to mark the lifting of coronavirus lockdown measure by having a drink in a pub beer garden.

Government departments "communicating directly with the Royal Household should use black-edged stationery during the period of National Mourning on matters relating to demise", according to a seven-page guideline booklet from Westminster. Ministers and other officials have been ordered to wear dark formal clothes and a black tie at any public events related to the prince.

Both MPs and sportspeople are expected to wear black armbands during the period. The Grand National horse race at Aintree on Saturday saw a two-minute silence observed in Philip's honour.