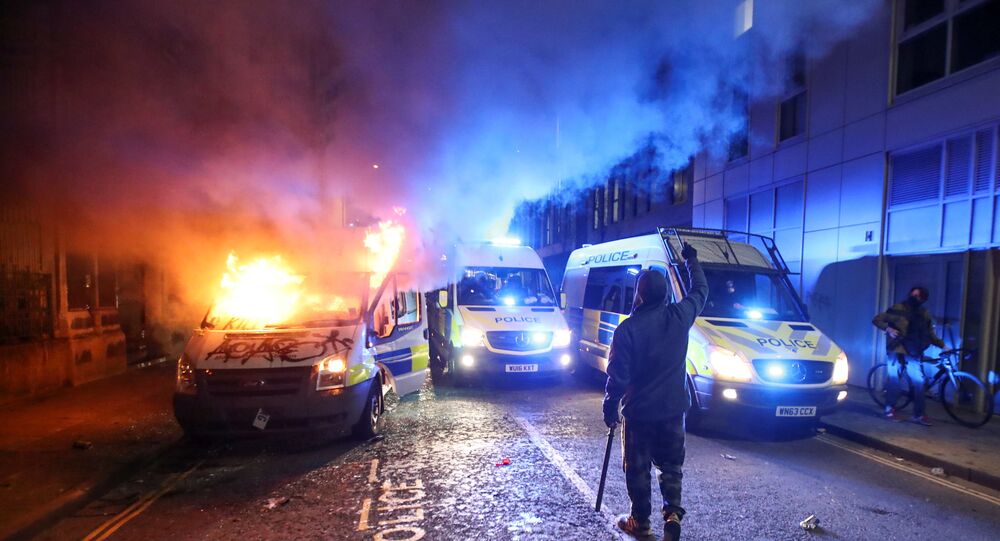 Bristol is a city in the west of England which was one of the main ports linked to the slave trade in the 17th and 18th centuries. Nowadays it is a hotbed of radical activism and a stronghold of the Black Lives Matter campaign.

The man responsible for policing in Bristol has agreed to step down after a year of turmoil and violence which included the toppling of a statue of slave-trading entrepreneur Sir Edward Colston and last month’s Kill The Bill riots.

Andy Marsh, who is Chief Constable of Avon and Somerset Police, will not extend his contract when it expires in July.

Chief Constable Andy Marsh has announced plans to stand down when his contract expires at the start of July 2021.

He said leading the force he first joined as a new recruit in 1987 has been “the honour of a lifetime”.

​He joined the police as a constable in 1987 and said it was the “honour of a lifetime” to have led the force.

In a statement Mr Marsh said: “Along with society, the world of policing has undergone a seismic shift since I joined in the late 1980s in terms of culture, attitude and professionalism, and from my role as NPCC lead for international policing, I know our model of policing remains very much the envy of the world.”

Having led the force since February 2016 he said it had been a “difficult decision” to leave but added: “I feel it is the right time for me to embark on a new challenge and for another person to take the helm.”

CC Andy Marsh, @ASPolice has announced his retirement. Having worked with the Chief for a number of years I know that he will be missed. One of the U.K. longest & most experienced Chiefs. Collectively so much has been improved & achieved locally & nationally. Good luck Chief. 👍🏽 pic.twitter.com/xoyPYZpWqV

​In June last year Avon and Somerset Police were criticised for failing to intervene when Black Lives Matter protesters pushed off a statue of Sir Edward Colston and pushed it into the harbour.

Fantastic teamwork in policing. Great to hear about arrests. Our communities are fuming about what’s happened. #bristolriots #JusticeIsComing https://t.co/A1BueZdFpt

​Again Avon and Somerset Police appeared to have let matters get out of control.

It is unclear if Mr Marsh has been forced out of the role by Avon and Somerset’s Police and Crime Commissioner, Sue Mountstevens, who is herself stepping down in May.

Ms Mountstevens, an independent, has been the PCC since 2012 but next month an election will choose her replacement - likely to be a contest between Labour’s Kerry Barker and Mark Shelford, a Conservative.