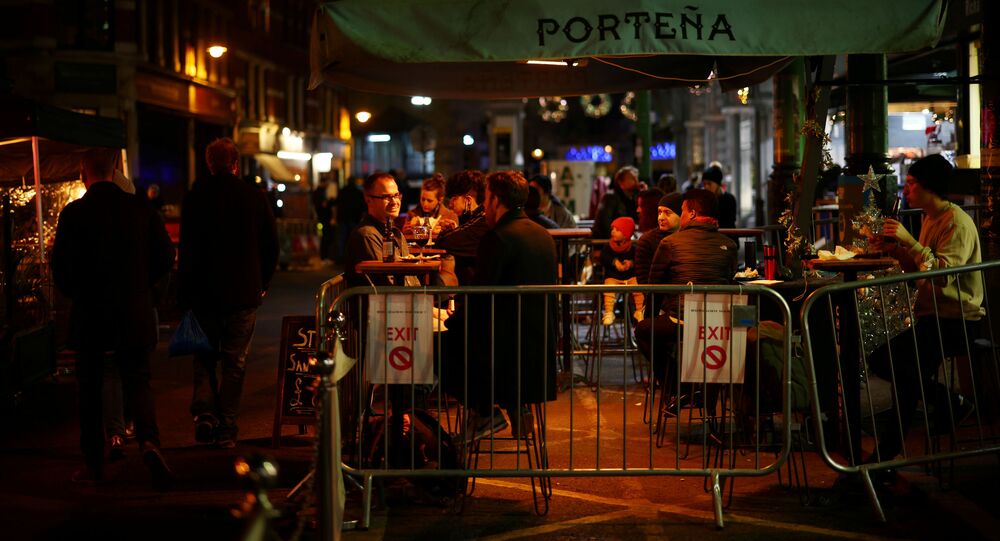 On Tuesday, Boris Johnson promised to end coronavirus restrictions "once and for all" as he delivered a speech to commemorate the one-year anniversary of the UK's first national COVID-19 lockdown.

Conservative backbenchers in the UK are expected to rebel against extending lockdown rules for six months during a vote in the Commons later on Thursday, shortly after Prime Minister Boris Johnson said that pub goers could be asked to show a COVID-19 vaccine certificate.

The statement immediately caused flak from Tory lockdown rebels, including MP Steve Baker, deputy chairman of the COVID Recovery Group, who accused Johnson of starting "to tread a dangerous path when he opened the door to domestic COVID certificates".

First the government said "we'll need them to watch the football, and today that it may be papers for the pub", Baker said, referring to what he described as "a two-tier Britain that prevents pregnant women from taking part in society, given that the government is telling them not to take the vaccine".

"Or one where we turn back the clock and tolerate businesses turning away customers from communities which have shown an unfortunate hesitancy to take up the offer of a vaccine. We must not fall into this ghastly trap", the lawmaker added.

He was echoed by Kate Nicholls, chief executive of the trade body UKHospitality, who stressed "it's crucial that visiting the pub and other parts of hospitality should not be subject to mandatory vaccination certification".

She insisted that such certification is "simply unworkable", claiming it "would cause conflict between staff and customers and almost certainly result in breaches of equality rules".

© REUTERS / PHIL NOBLE
COVID-19 information is pinned to the padlocked door of the Thirsty Scholar pub in Manchester, Britain, March 2, 2021

The remarks came after Johnson told the Commons Liaison Committee that he thinks the basic concept of vaccine certification "should not be totally alien to us".

When asked if such a certificate could be required for the pub, the prime minister said, "I think that that's the kind of thing – it may be up to individual publicans, it may be up to the landlord".

Johnson earlier called to reclaim "freedoms" by 21 June with a roadmap slowly ditching lockdown restrictions through spring and earlier summer.

© Sputnik / Sergey Averin
Boris Johnson Lashes Out at EU for Claiming Britain Blocked COVID Vaccine Exports
According to the blueprint, by 17 May British citizens will be allowed to gather indoors in groups of up to six people, with cinemas, theatres, and hotels set to reopen and people welcomed at stadiums again.

The prime minister also confirmed that there would be "no change to the next steps of the roadmap" despite shortages in the supply of COVID vaccines expected next month raising even more questions about the purpose of Thursday's vote on the Coronavirus Act.

Keep Calm And Carry On: UK May Extend COVID-19 Lockdown Measures Until Daily Cases Drop Below 1,000