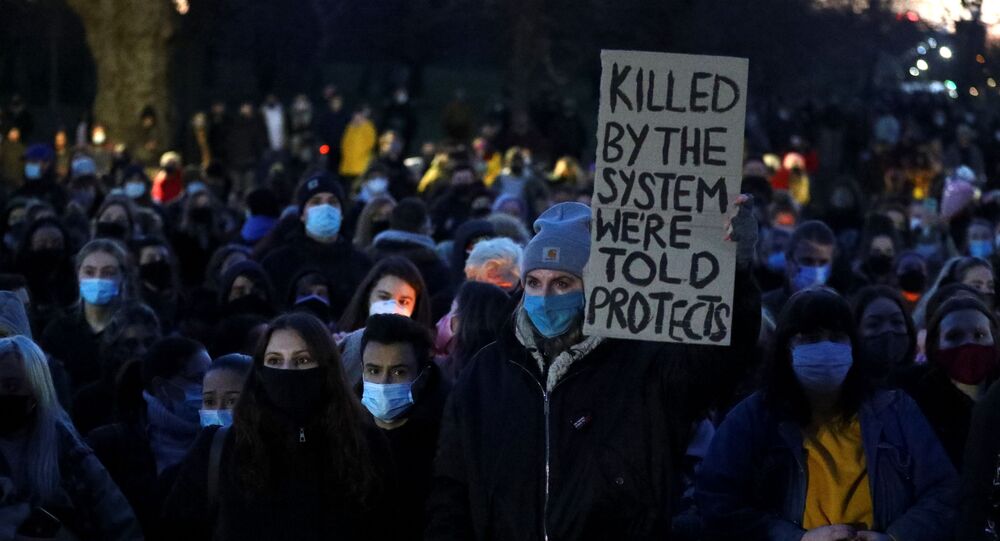 Mayor of London Urges Against Demonstrations Amid Lockdown

The country is currently reeling from the murder of Sarah Everard, a 33-year-old woman, by a police officer. The incident took place as the new Police, Crime, Sentencing and Courts Bill was about to be voted on in the House of Commons. The controversial piece of legislation will, among other things, increase police powers to crack down on protests and tackle unauthorized encampments. Earlier in the day, the Metropolitan Police Service said that a number of groups were planning to gather in downtown London on Saturday to protest, despite the coronavirus regulations.

"I fully support the right to protest, but under current lockdown restrictions they are not permitted. They could put the health of Londoners and [Metropolitan Police] officers at risk. If you wish to protest this weekend, please find a safer way to make your voice heard," Khan tweeted.

Everard, a marketing executive, disappeared on the evening of March 3 while walking home after visiting some friends in Clapham, south of London. Her body was later found hidden in a builder's bag in a woodland area in Ashford, Kent.

Metropolitan Police officer Wayne Couzens, aged 48, was charged with the murder and kidnap of the woman.