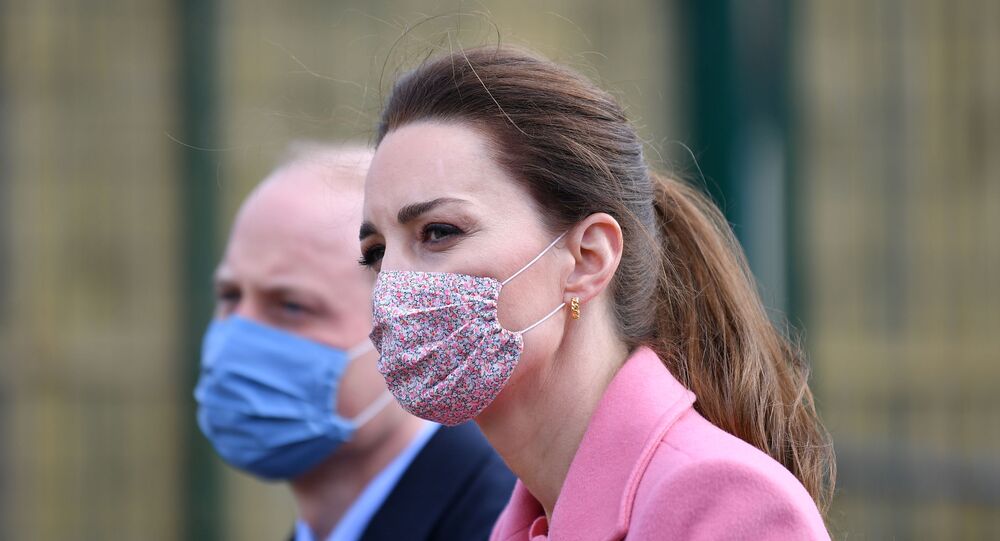 On Saturday, hundreds of Britons gathered in London and in many other locations throughout the country to remember Sarah Everard, believed to have been murdered by a police officer. A 33-year-old marketing manager, Everard disappeared on the evening of 3 March, while walking through London's Clapham borough from a friend's home.

The Duchess of Cambridge on Saturday visited a Clapham suburb to lay flowers on a memorial held for Sarah Everard, suspected of having been murdered by a police officer.

"She wanted to pay her respects to Sarah and her family. She remembers what it felt like to walk around London at night," an anonymous source told People magazine.

Everard’s murder has caused turmoil in UK social media and in the press as MeToo campaigners and other activists highlight the constant danger to women on the streets, particularly at night. On Saturday, British activists attended a vigil they called "Reclaim These Streets" in London's Clapham district and several other areas in the capital and the UK in memory of the slain woman. Despite restrictive measures, demonstrators flooded London’s streets with candles and flowers.

The Duchess of Cambridge has come to pay her respects in Clapham following the death of Sarah Everard. #SarahEverard #Clapham #Breaking pic.twitter.com/aytKJZU7fI

Metropolitan Police officer Wayne Couzens, 48, who is charged with Everard’s death, was indicted on Friday and stood trial on Saturday for a preliminary hearing. He is charged with kidnap and murder.

Everard went missing on 3 March in South London, leaving a friend's house near Clapham Park and heading home on foot. She was not seen again after that time. On 10 March, Everard's remains were found in a forest near Ashford, in Kent.